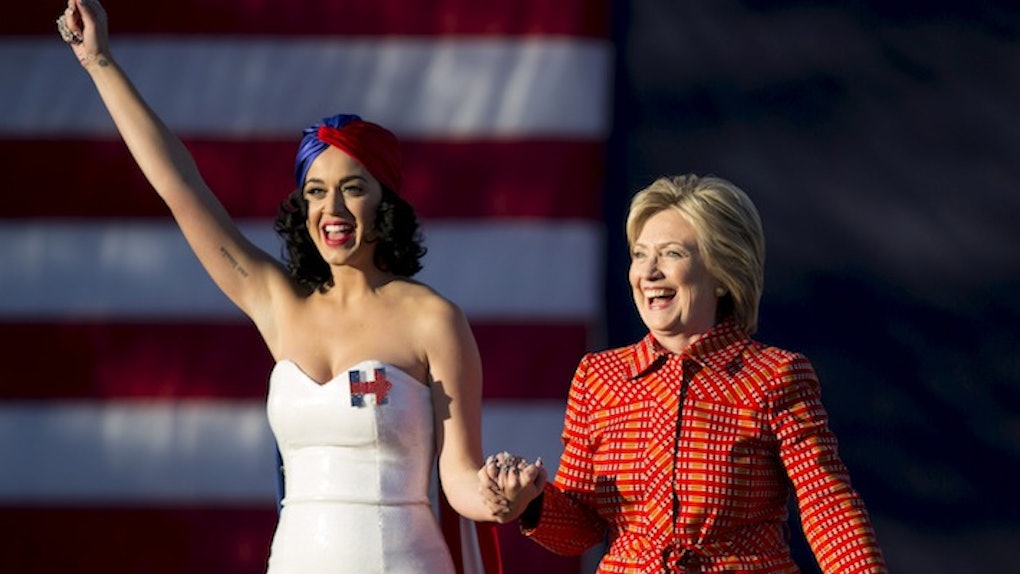 Persuading people to get to the polls and vote for our next president is easier said than done. For Katy Perry, it might be as easy as taking her clothes off.

No, seriously. Katy Perry just said that she's willing to strip down and vote naked -- and it's all to "help change the world."

The 31-year-old singer took to Twitter to announce that she'll be using her body as click bait on September 26.

Katy Perry? Votes naked? Whatever that means, count me in!

While it's no secret who Katy is going to vote for, Perry just wants to make sure other Americans cast their vote on November 8, even if they're voting for Donald Trump.

Time and time again, Katy has shown her support for Democratic presidential nominee Hillary Clinton. First, she took to social media to show off selfies she took with Clinton.

Then, she performed in Iowa while Hillary was campaigning.

Katy Perry also performed a few of her hit songs during the Democratic National Convention. Her performance was SO GOOD that Orlando Bloom couldn't help but film it like a proud parent at an eighth grade graduation.

Alright, Katy, we get it... You're all for HRC this time around.

Now, what's this whole naked voting thing about?! In time, we shall see.

I'm going to go ahead and guess it means you'll be starring in a short film BUTT NAKED as you express to people everywhere how important it is to vote and voice your political opinions.

If that's not the overall concept of your life-changing "click bait," I at least hope it's something similar.