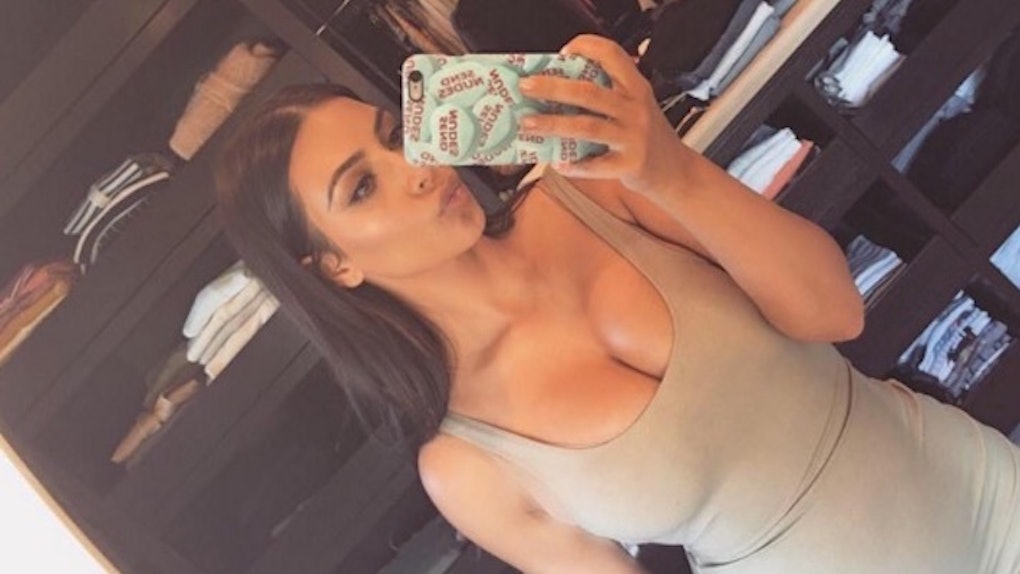 It's been five days since Kim Kardashian's life-threatening robbery, and we still haven't heard a word from her.

Now, a report from TMZ is saying the 35-year-old reality star will be "taking a month off work."

TMZ reports this information comes from "sources close to Kim" but does not elaborate on what "work" specifically Kim will be taking a break from.

Kim has not so much as favorited a tweet since Sunday.

The last time she was spotted in public was when she arrived at her apartment in NYC with Kanye West and Kris Jenner on Monday.

And aside from the initial statement saying she was unharmed but "badly shaken," there's been no official word on Kim's behalf, either.

For Kim K, "work" could mean a number of things — social media, public appearances or even her reality tv show on E!.

TMZ also reports when Kim does come back under the public eye, she's going to drastically shift her brand away from her personal wealth.

According to the report, Kim will no longer be showing off her jewelry and luxurious lifestyle on Snapchat and Instagram.

She will also reportedly be pulling back on promotion for her fashion line. TMZ says she feels material things are not worth putting her life at risk.

It's pretty hard to imagine what Kim K's brand would even be like without her money.

Several critics have been shifting the blame of Kim's incident onto to Kim herself, claiming that flaunting her wealth on social media is an invitation to be robbed.

It's a very bad thing for Paris. But I don't understand why she was in a hotel with no security and think like this. If you're that famous and you put all your jewelry on the net, you go to hotels where nobody can come near to the room.

Kim's social media and her Snapchat is her undoing. When she is posting, 'Here I am, and this is the $5 million ring I am wearing, here's where I am going,' you are basically inviting someone to rob you.

While it seems unfair to blame this robbery on Kim, it's totally understandable she would want to take a break for her safety.

I guess we should expect a brand new Kim in a month or so.

Citations: KIM KARDASHIAN MY WEALTH WON'T BE IN YOUR FACE ANYMORE (TMZ)