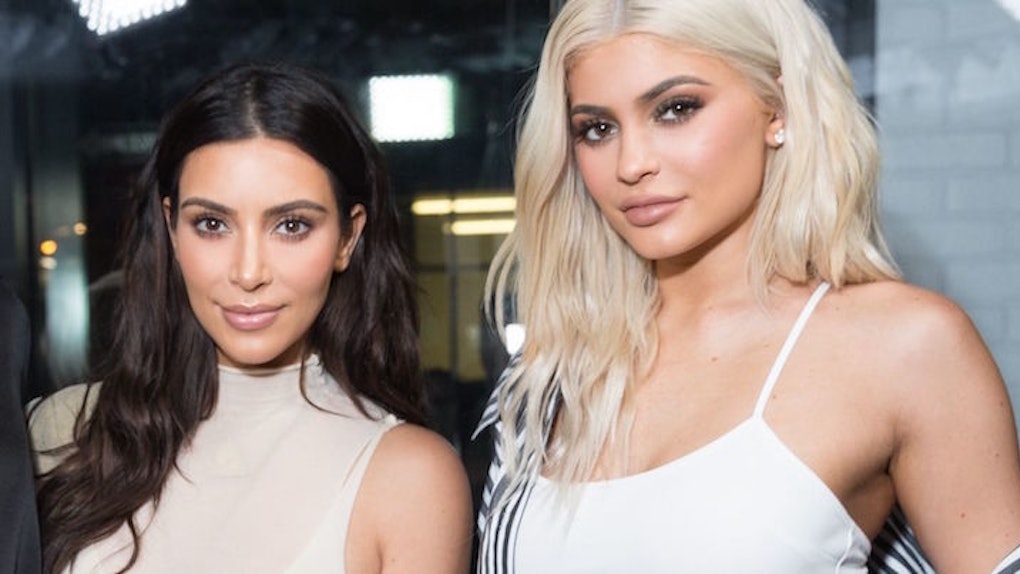 If there was anyone in the country who should have watched the presidential debate on Monday night, it was probably Kim Kardashian.

It was one of the most bizarre, controversial and over-the-top debates we've seen in our lifetime, so you'd think the drama-thriving fashionista would be all over it.

Heck, I'm surprised the entire family didn't get front row seats. That would have ended badly, though, and Kanye definitely would have interrupted -- but I won't digress.

According to E! News, Kim missed the debate, but she had a good reason: family drama.

She sat down with Andy Cohen in New York City at The Girls' Lounge dinner, and when he asked her if she was able to watch, she reportedly answered,

I watched a little bit of it but I was on the phone at the same time, a little family drama.

Ah, yes, family drama. Rob and Kylie's beef was a little more important than making a decision about our next president of the United States.

Rob posted Kylie Jenner's digits for the world to see so we can only imagine Kim's family group text got heated.

Kim definitely should have watched, though. She's already made it clear she wants to vote for both candidates, which we all know is impossible -- even for a Kardashian West.

Back in August, the power couple posted a selfie with Hillary Clinton, which means she's with her, right?

But then, her mind was swayed in the direction of Donald Trump, thanks to an alleged conversation she had with Caitlyn Jenner.

She even said she's "on the fence" about who to vote for, meaning she probably shouldn't have missed her first opportunity to actually educate herself about what the hell is going on outside the Kardashian bubble.

After the internet blew up with the news, she did take to her app to reassure fans she actually will vote Hillary, but "we owe it to ourselves, and each other, to ask questions."

I guess family really does come first for the reality star, and Rob and Kylie's drama is more important than a national presidential debate.

It's OK, though, Kim. There will be more opportunities to educate yourself about a decision. But for the next debate, I would suggest turning your phone off.