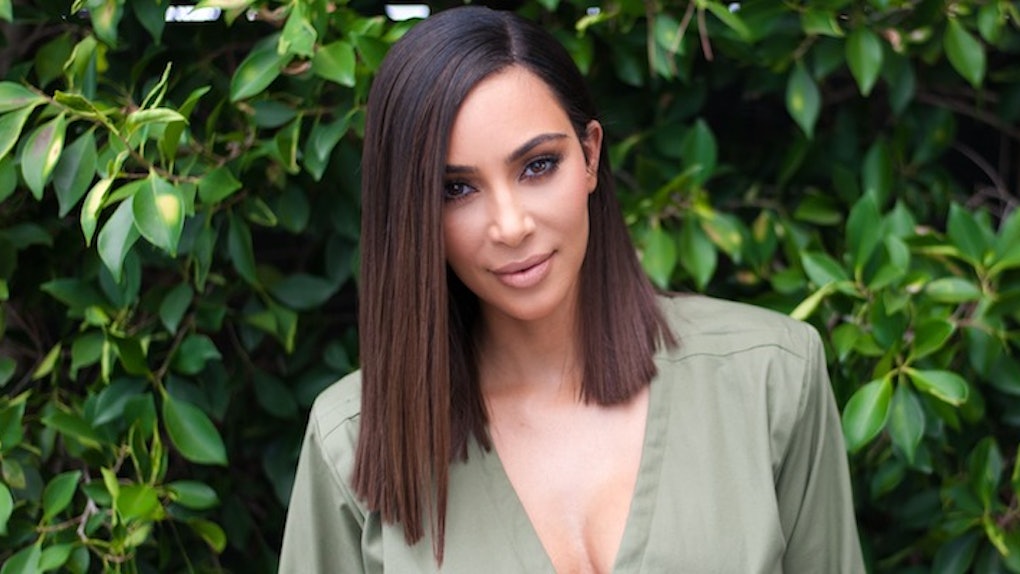 If you've been keeping up with Kim Kardashian lately, you know that she's been committed to an intense fitness regimen following the births of her two children North and Saint West.

Her plan, which includes a 6am workout session, pilates and a strict Atkin's diet, enabled the 35-year-old star to lose seven pounds in just TWO days.

In addition to her fitness schedule, she also makes a habit out of weighing herself every single day to keep on top of her figure.

Since committing to her new boot camp-worthy lifestyle, Kim has been able to shed over 70 pounds since her last pregnancy with 8-month-old Saint.

With all of this hard work to keep fit, you just have to wonder -- does Kim EVER get a cheat day in (and is she even human)?!

It seems like she's constantly talking herself off of a hypothetical ledge that leads to a pit of glutenous glory.

After all, she has been sparking rumors about a possible cookbook thanks to the oh-so-inspirational Chrissy Teigen.

She'd have to have well-seasoned taste buds to accomplish that!

It turns out Kim Kardashian actually does have a mouthwatering cheat day meal to lean on whenever she's tired of her brutal Atkin's diet.

This weekend, Kim captured her cheat day meal on Snapchat as she inhaled a juicy In-N-Out cheeseburger, cheese fries and a vanilla shake.

The drive-thru box signifies that she just could not wait to get home to chow down. Can you blame her? I mean look at all of that cheesy deliciousness.

This isn't the first time Kim's craved a meal from In-N-Out.

While pregnant with North West a while back, Kim posted a photo of her signature order from the burger chain. I'm going to go ahead and guess that she finished the vanilla shake before she even had a chance to Instagram it.

It's safe to say Kim Kardashian is indeed human just like the rest of us. This entire time we thought she was strictly sticking to her Atkin's diet and nothing else, but it turns out Kim's cheat day meal makes all of her hard work well worth it.

Now, excuse me while I put in an order for a double-double with a side of animal-style fries and a shake (chocolate, please).

Oh, and Kim, you have GREAT taste by the way.

Citations: What Kim Kardashian's Cheat Meal From In-N-Out Says About Her (Cosmopolitan)