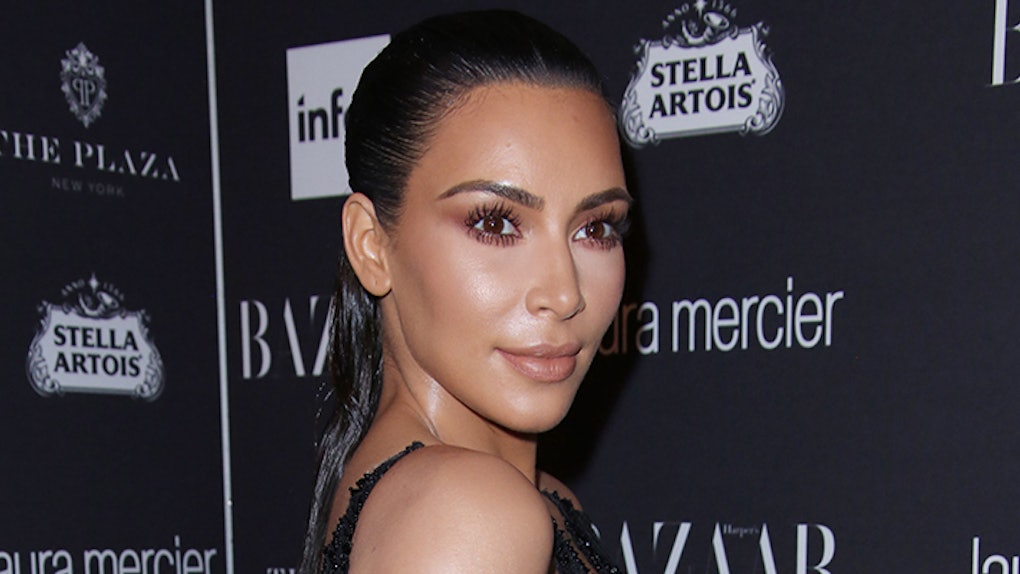 If you ever wondered what Kim Kardashian will do after she's done being young, rich, famous, beautiful, coveted and adored, it looks like you have your answer.

In an interview for Wonderland magazine's autumn 2016 issue, the cover star and social media queen revealed an unexpected possibility for her latter years: law school.

If things slow down and I had time, I really want to go to law school - just something I can do in my older age

Now, we know what you're thinking.

But, it must be said, an affinity for law does run in the family. Kim's father, Robert Kardashian, was a high-profile lawyer himself.

In fact, the late Robert was on the Johnnie Cochran-led legal team that defended OJ Simpson against charges of murder in the trial of the century.

And it's not like enrolling would be any trouble for her. After all, money's not an issue, and there are sure to be a number of schools who would welcome the publicity she brings with open arms.

But taking a few years off solely to focus on obtaining a law degree? Yeah, that sounds like a far-fetched idea, especially since it would likely distract her from her most profitable venture: existing, particularly in the limelight.

We can only imagine how Kim would react when it's actually time to take the LSAT.

Don't worry, though. She has a backup plan for her backup plan: living through her children.

I'm gonna be that annoying, pushy mom and say I want to live vicariously through my kids and have them be a forensic investigator ... I've always been into the most morbid things. I was really nosy when my dad was working on the OJ trial, and I would look through all his stuff, and I just wish I was in that field

Oh, and regardless of whether or not Kim actually pursues law, one thing's for sure: She will never execute a case better than she did when she exposed Taylor Swift.

Citations: She wants to be a student again! Kim Kardashian would like to attend law school 'when things slow down' (Daily Mail)