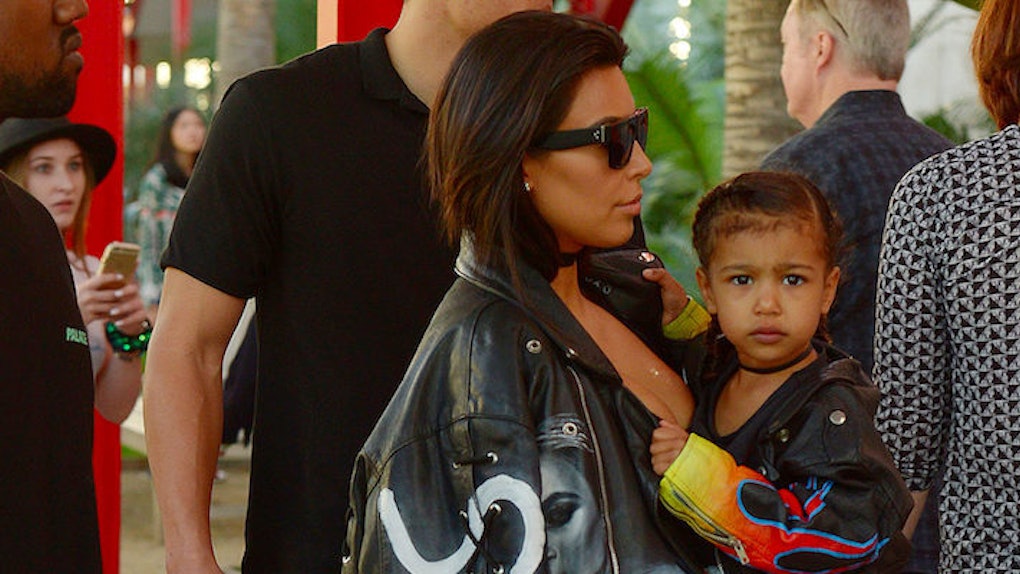 Most parents dream of their kids growing up and becoming star athletes, lawyers or doctors.

Others want them to wear latex gloves, swabbing naked homicide victims for traces of DNA... you know, the American dream.

Kim Kardashian falls in the latter camp. If she had her way, North and Saint would be solving cold cases left and right "CSI"-style, with their repartee probably going a little something like this:

In an interview with She Knows, the 35-year-old opened up about which vocation she wishes for her children when they reach adulthood, explaining that she'd rather them find a break in a case rather than break the Internet.

I'm gonna be that annoying, pushy mom and say I want to live vicariously through my daughter or son and have them be a forensic investigator.

According to Kim, she's been into all things macabre for a long time. She added,

I've always been into the most morbid things. I was really nosy when my dad was working on the O.J. trial, and I would look through all his stuff, and I just wish I was in that field. It's the only type of TV I really like to watch.

In case you wondering which of the 138 spooky crime docudramas available to watch these days, Kim K. clearly has a favorite. Kimmy continued,

I love Making a Murderer. I love any murder show.

"The Jinks?" More like "The JinKKs" because Kim Kardashian is officially obsessed with crime-based television.

Citations: Kim Kardashian West Wants North or Saint to Be a Forensic Investigator: 'I've Always Been Into the Most Morbid Things' (People)