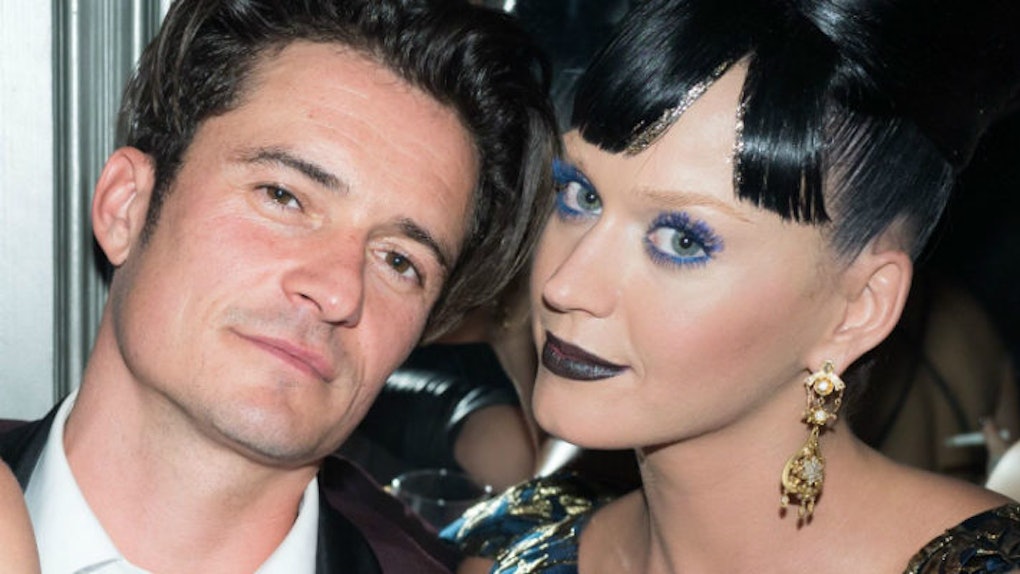 Katy Perry May Be Engaged To Orlando Bloom Based On Ring

There have been so many romantic surprises in the last 24 hours.

First, Liam Payne is going to be a father and now, Katy Perry might be getting hitched to Legolas? Looks like she has this elf's bow... and his hand in marriage?!

That's right, if you were hoping somehow John Mayer would get his playboy act together and try to make amends with his former flame, I'm sorry (but not really). It seems Orlando Bloom is here to stay.

In pictures taken on Monday night, Katy Perry was seen out and about in NYC with Orlando with a ring on that finger, thus igniting some roaring rumors on the internet that she's engaged to the "Pirates of the Caribbean" actor.

Go on, I'll let you take a closer look at the enormous yellow diamond that would make Leo's character in "Blood Diamond" scream "HOLY HELL" in a slightly off South African accent.

Pretty impressive, no? Although I'm not sure how traditional a choice a yellow diamond is, right? Can I get a diamond in any color like it's a Gatorade?

These questions are why I'm forever single.

The two were making their way inside the Polo Bar before heading out later to a friend's birthday party. In fact, you can see the balloons that were inside their car in a Instagram post by Orlando. He teased us with the caption:

guess who's opening the VS show this year #orlandohadid

As you can see, Katy's plaid outfit is also in the shot.

Was the photo taken before this alleged proposal?

Were the bunny ears involved?

Oh god, I really hope for Orlando's sake he didn't use bunny ears in his proposal.

If you're going to try and ask for Katy Perry's hand in marriage, the whole getting-down-on-one-knee ordeal better have gone as smoothly as this Disneyland proposal.

I guess we'll have to wait and see if the ring is a permanent fixture or not. Even though I think 10 months is way too soon to pop any question aside from "you wanna rent 'Love Actually' again?" I wish these two the best.