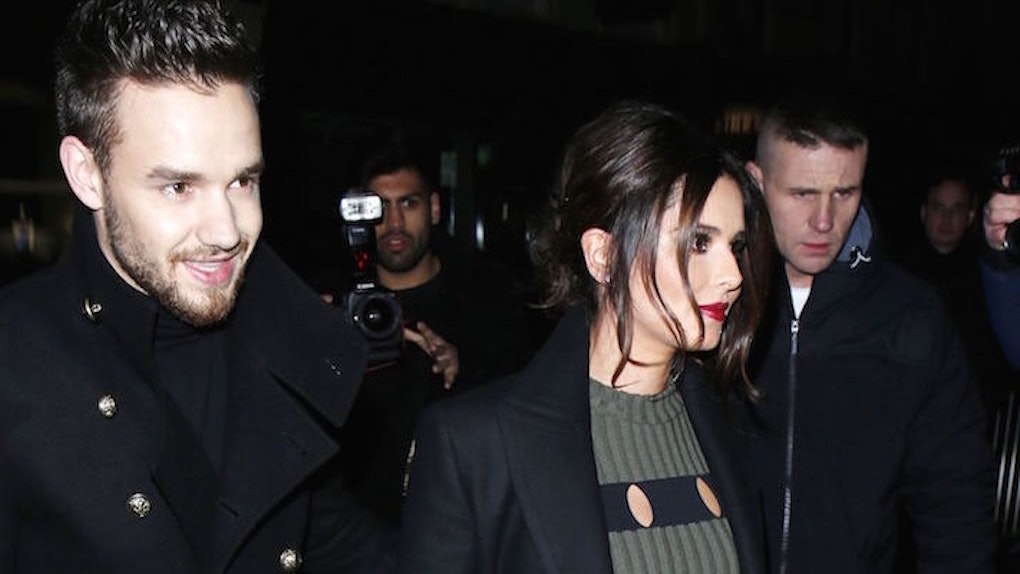 OK, EVERYONE… HOLD OFF ON WHAT YOU'RE DOING RN AND PLEASE LISTEN THE HECK UP BECAUSE I HAVE AN EXTREMELY HOT SCOOP TO THROW DOWN FOR Y'ALL.

According to Daily Mail, news broke on Tuesday afternoon that Liam Payne from One Direction and his girlfriend Cheryl Cole are reportedly expecting a baby together.

Teen Vogue also reports that rumors have been circulating around online prior to this news that Cheryl was pregnant.

Nothing has been officially confirmed until today when pictures nearly broke the internet.

When the couple got to the St. James Christmas Carol Concert in London, cameras snapped away... and they caught a brief glimpse of something very special.

Cheryl showed off her cute baby bump, looking super chic in a green dress and over-the-knee boots while doing it, might I add.

The 33-year-old singer is absolutely glowing in these photos.

Just look at how sweet Liam and Cheryl are together, holding hands like the #CoupleGoals they are.

Now if this doesn't confirm @CherylOfficial is pregnant , I don't know what will #CherylCole #fblogger pic.twitter.com/ol7QR6m95I — Ellie Rees (@elliereess) November 29, 2016

One Direction fans on Twitter naturally flipped out when the news hit. Bring it on, Directioners...

This Twitter user is totally pumped for the elite couple and what will be a “beautiful” baby.

For real, this person totally gets my feels RN.

Some fans were downright confused AF about the entire situation.

Yes, this one did refer to Liam as “Daddy Direction.”

And this fan had no freaking clue Liam and Cheryl were even “a thing.”

Welp, peeps, congratulations are definitely in order. One thing's for sure: This is going to be a dang adorable, little munchkin of a baby!