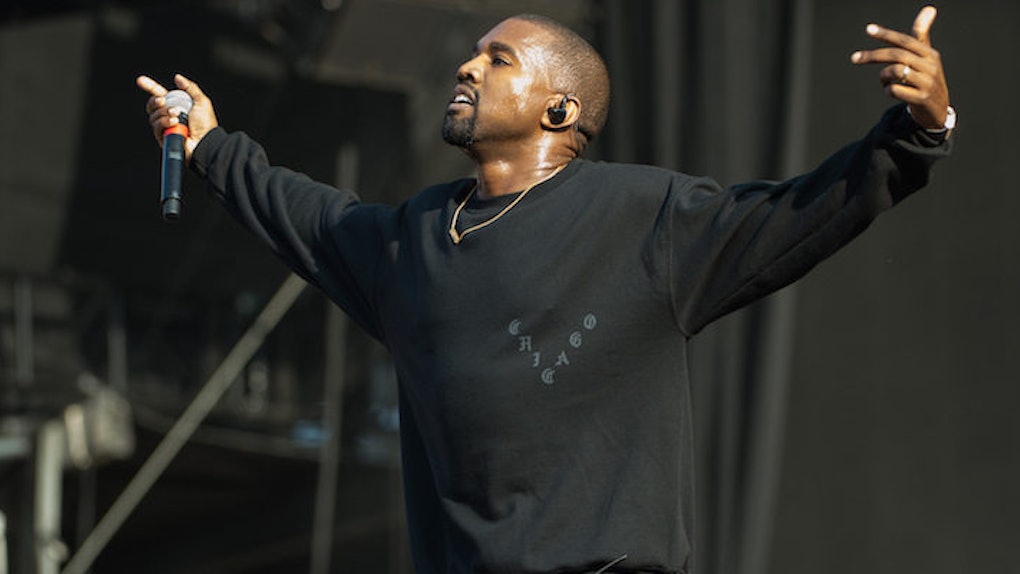 I don't know how he pulled this off, but Kanye West may be getting a massive payoff for his mental breakdown.

Before being admitted to UCLA Medical Center for a psychiatric evaluation on Monday, Kanye informed his staff he would be canceling the rest of his Saint Pablo Tour, a move that reportedly cost West at least $30 million, in addition to the money he still owes several venues and others he had contracts with.

Clearly something is up.

It's possible this breakdown has to do with the anniversary of his mother's death. It also possibly has something to do with Kim's robbery.

Hell, it maybe even actually have something to do with him being sad people are hating on Trump.

What's interesting about all this is Kanye could make a financial killing off his meltdown.

Get your conspiracy theory hats on because this is a bit of a trip.

According to TMZ, Kanye took out an insurance policy that covered him in case some illness kept him from performing any of his concert dates.

Because he was unable to go on, his insurance carrier is reportedly now on the hook for the money he was supposed to make plus the money he had to pay out to anyone else working on the concerts.

Accident or illness... prevents any Insured Person from appearing or continuing to appear in any or all of the Insured Performance(s) or Event(s).

Aka: Kanye somehow figured out how to make his mental breakdown lucrative, the most Kanye move of all time.

This doesn't necessarily mean Kanye is out of the woods, though.

The insurance company can still deny coverage to Kanye if he knowingly had a preexisting condition but never disclosed it when he took out the policy.

Another clause in the contract states the insurance company could avoid a payout if he missed the concerts due to "unreasonable or capricious behavior."

We'll wait and see how this plays out.