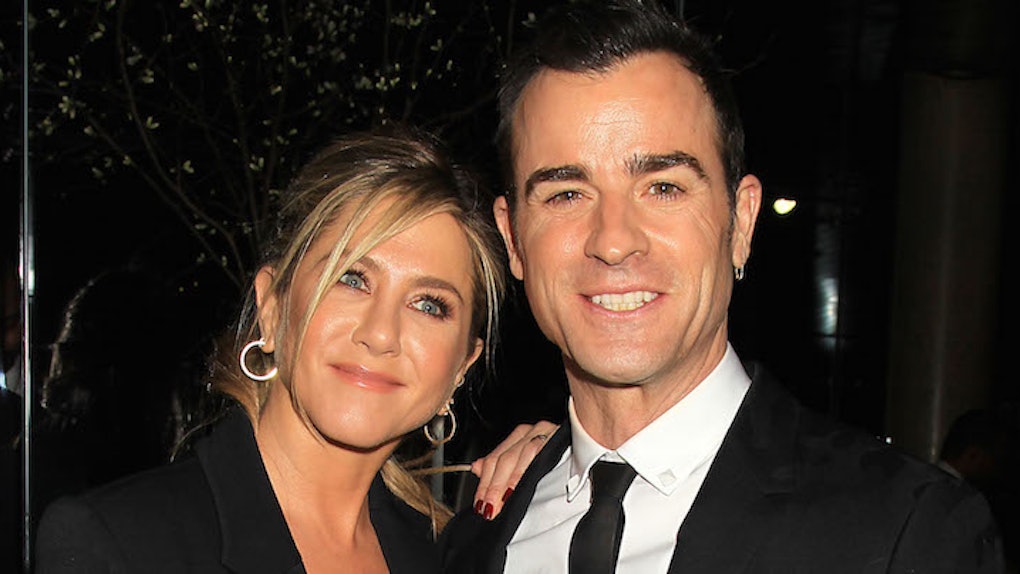 Justin Theroux is done with Jennifer Aniston being dragged into Brangelina's drama.

The 45-year-old actor opened up about his wife being placed at the center of Brad and Angelina's split in a new interview with Business Insider.

He first commented on the divorce and discussed the impact it would have on their six children, saying,

As a child of divorce all I can say is that's terrible news for those children and that's all you can really say. It's boring to sort of comment on anything else. People are having a bad time, that's horrible.

Then, Justin got right to the meat of it and said Jennifer's name thrown into the tabloids is "nonsense." He explained,

There's an endless appetite for trash, apparently, though everyone would say that they don't have that appetite. But I think a lot of people do because people buy it. But there are bigger things to bitch about. It's shocking how much bandwidth things can take up when there are far more important things going on in the world.

Ohhh, shit. The man is not happy.

This wasn't the first time Justin spoke about his wife after Brangelina's split. The "Girl on the Train" star recently gushed about Jennifer in a sweet interview with Entertainment Tonight.

He gave the lowdown on what it takes to really make a marriage work. Justin explained,

We appreciate each other's sense of humor, we respect one another and we get along. I know it sounds simple but it's true!

Damn, that's it? Easy peasy lemon squeezy. I guess if it works, it works.

Justin and Jennifer have been together since their engagement in August 2012 and are still going strong.

The "Friends" star was first married to Brad Pitt, but the two went through a pretty public divorce in 2005.

Obviously people still aren't over Brad and Jen's breakup because everyone made the same joke about them on social media when Brangelina split.

But the drama didn't stop there.

A source close to Jennifer told Us Weekly the actress said, "Yeah, that's karma for you!" when she heard about the news.

I guess it makes sense why Justin is upset his wife is in the middle of this. It's OK, man, we're here for you.