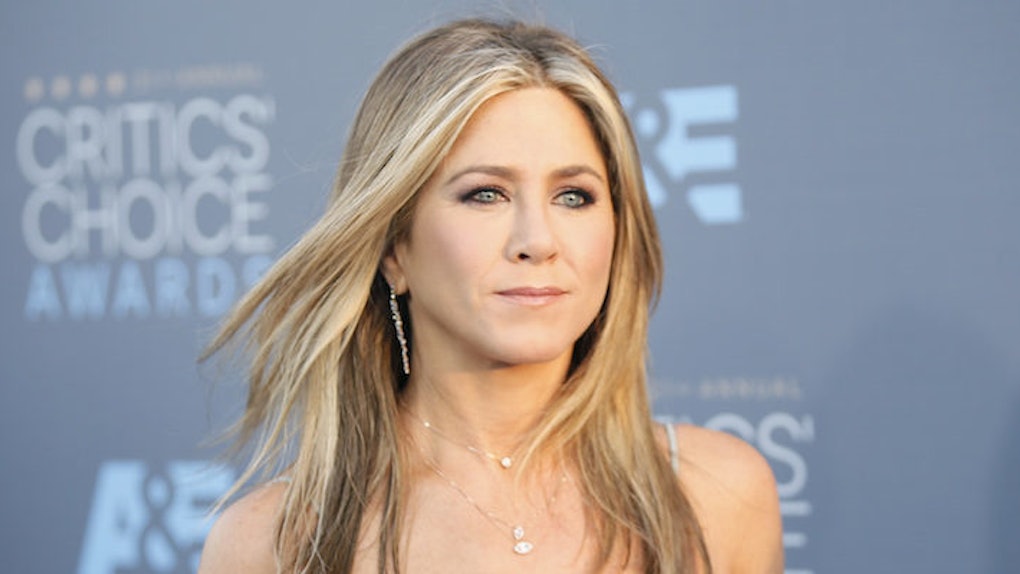 Day two of the Angelina Jolie and Brad Pitt split, and Jennifer Aniston has some choice words for the Brangelina divorce.

Pitt's former flame was allegedly waiting for this to happen, like some sort of anti-Cupid.

A source close to Aniston told US Weekly the actress said,

Yeah, that's karma for you!

Sass of the highest order.

Having said that, the insider stressed Aniston never wished ill on the couple's relationship (sure, we believe you), adding,

Jen does wish Brad luck and the best. She feels like she's happy, and she wants him to be happy too. Jen does not hold on to any negativity from her marriage to Brad.

A few hours after the news Angelina was filing for divorce broke, Brad Pitt released a statement to PEOPLE, saying "what matters most now" are his children.

Angelina will always do what's in the best interest of taking care of her family. She appreciates everyone's understanding of their need for privacy at this time.

We pray the dust never settles on this mammoth breakup.