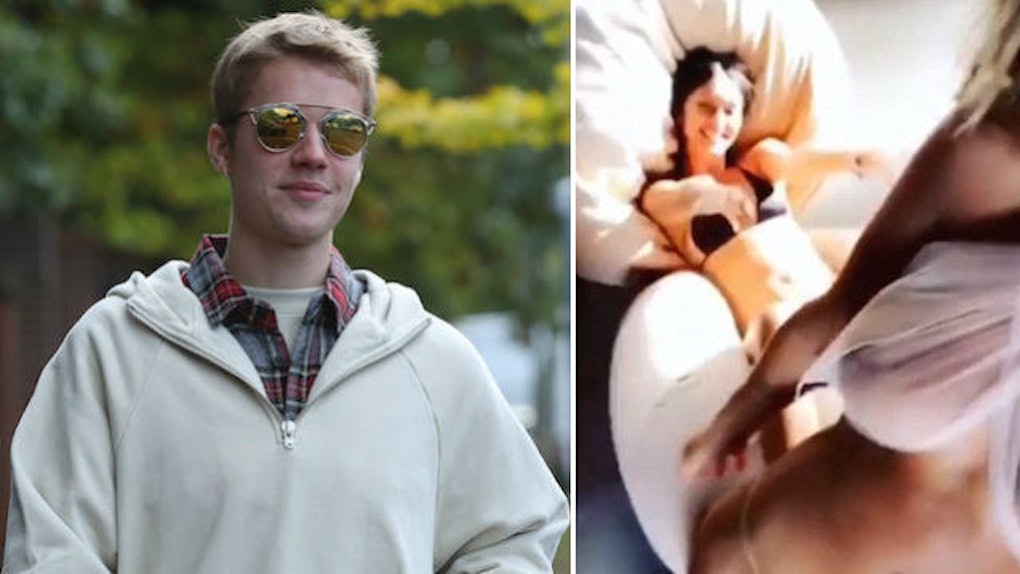 Justin Bieber might want to consider rekindling the flame with an ex-girlfriend, and I'm not talking about Selena Gomez.

Over the summer, we reported the Purpose singer was hooking up with a mysterious blonde bombshell named Sahara Ray.

Justin basically confirmed the rumors were true when he went skinny-dipping with his girl this past August.

Well, Sahara Ray is heating things up on social media yet again, and Justin's missing out.

The 23-year-old posted a Snapchat video of her showing off her nipples through a see-through white bra.

I know, I know. It's only eight seconds long, so here's a screenshot just in case you want a closer look. Hello, ladies!

CALM DOWN, YOU THIRSTY ANIMALS. Here's one more. Look at that scenery in the background! So beautiful.

This isn't the first time Sahara Ray has posted a racy Snapchat story. The girl likes to show off her bod quite a bit.

She's my idol. Everyone should follow her because it's a real treat.

If I've learned anything today, it's Sahara Ray really doesn't like wearing shirts.

But also, her abs are insane. Even if I worked out at the gym every day for the rest of my life, I'd never have a tummy as chiseled as this.

Do you think my hand would break if I punched her in the stomach?

What do you think she's thinking about in this pic? Cheeseburgers? Chicken nuggets? Fries?

Justin Bieber, if I were you, I'd give Sahara Ray a little ring-a-ling-ling. You have her digits, call her up.

Besides, you may as well start to get your mind off Selena Gomez. She's hooking up with The Weeknd now, but that's a different story...