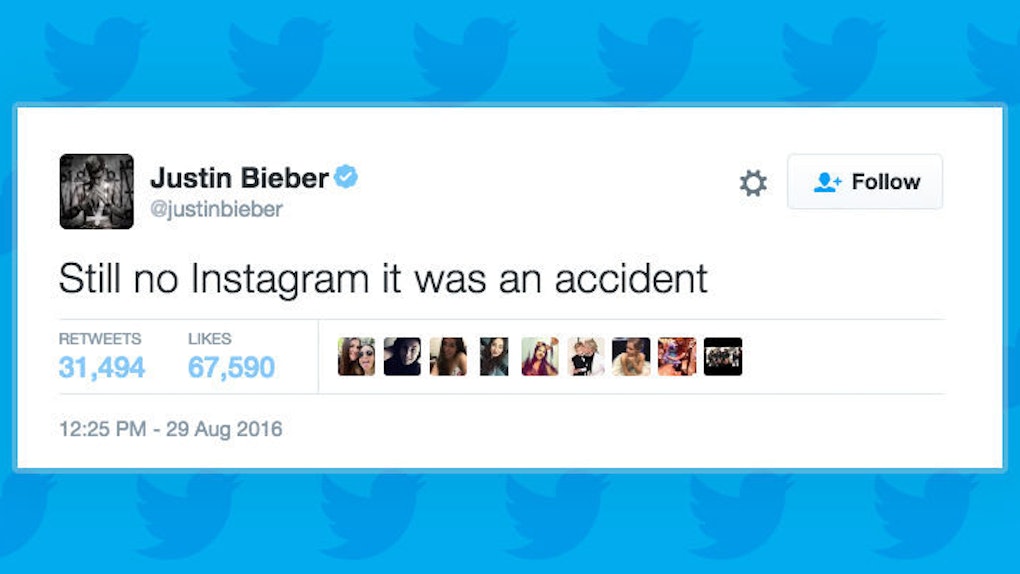 JK, you guys, it turns out Justin Bieber isn't actually back on Instagram: That reactivation was just an accident!

You know, it's like that thing when you're on your phone, just mindlessly clicking around, when suddenly you accidentally reactivate a deleted account!

What, no one else knows that feeling?

Well, that's what Justin Bieber is saying happened to him.

After fans went after the 22-year-old pop star for reactivating his Instagram, he sent out a tweet claiming it was an accident.

If you'll recall, this whole thing started on August 16 when Justin deactivated his Instagram because fans were being mean to his gal pal, Sofia Richie.

Then, just 13 days later, his Instagram was back online, with all the Bieb's old pics and videos again.

The account has once again been taken down because, according to JB, the reactivation was just an accident.

According to Instagram's Help Center, after you deactivate your account you can reactivate it by logging in.

So that means if this really was an "accident," Bieber must have "accidentally" entered his username and password and hit log in.

This whole thing is like when you get a sext from a male acquaintance immediately followed by, "Sorry, Mike stole my phone lol." We all know damn well Mike did not steal anybody's phone.

And even if it really WAS an accident — maybe thanks to autosave or something — we still know Biebs was lurking around his Instagram page.

Oh, Justin. You have truly out-Biebered yourself this time.