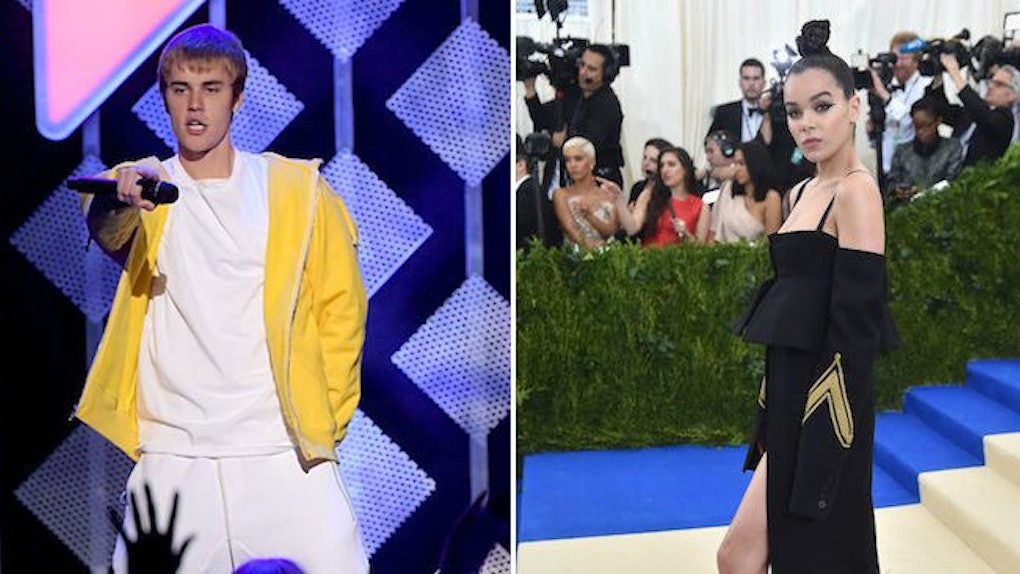 For those of you worried about Justin Bieber in the midst of Selena Gomez and The Weeknd's whirlwind romance, intense PDA around the world and red carpet debut at the Met Gala on Monday night, you can rest easy.

What? Literally no one was worried about the Biebs? OK, well then, carry on with your lives. But, in case you're worried about anyone who might be dating Selena's ex, there is some news in that department.

TMZ reports Hailee Steinfeld is officially dating Justin Bieber. According to sources, the romance has been going on for a little over a month.

Elite Daily reached out to both Bieber and Steinfeld's reps. A rep for Steinfeld told Elite Daily that the report the two were dating was a "false story."

Here's why the rumor they were dating didn't make any sense.

Justin was spotted making out in the car with someone who definitely wasn't Hailee Steinfeld at the end of March.

Also at the end of March, though, Hailee was spotted mid-FaceTime with the Purpose singer, sparking rumors of a romance or possible collaboration of some kind.

According to sources, Hailee and Justin were introduced by Pastor Carl Lentz, whose church they both attend.

The 20-year-old singer, model and actress attended the Met Gala last night by herself, but apparently met up with Justin after.

And in case you're thinking this whole thing sounds familiar, Justin dated a different Hailey -- Hailey Baldwin -- around this time last year.

Although she said they were never totally exclusive, Baldwin explained what makes it so damn difficult to date someone like the Biebs in the first place.

I don't want attention out of dating somebody. Texts started coming through, crazy phone calls… It's hard to date somebody in this industry… You have to have really thick skin and be very strong. You have to focus on the person and nothing else.