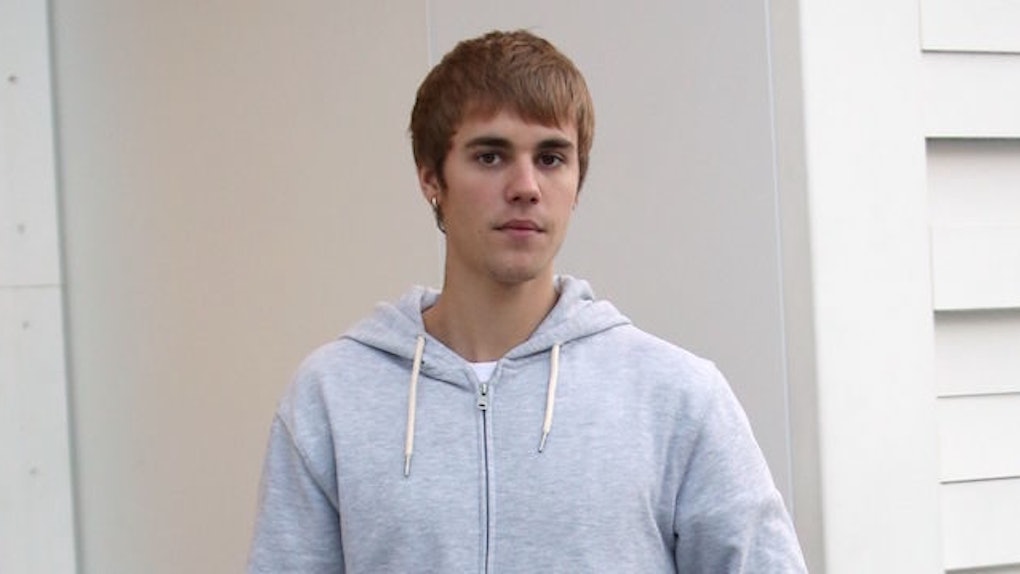 Belieb me, I'm just as shocked to write that sentence as I'm sure you are to read it, but I really think it's true.

Of all the things to do when faced by the paparazzi after your ex makes out with someone else, dabbing is a pretty solid choice.

You see, in case you didn't hear, Selena Gomez and The Weeknd are kind of a thing now.

It's not confirmed they are dating-dating, but they are pictures of them making out, which seems like pretty solid evidence to me.

Now, though Justin and Selena broke up so very long ago, we know that breakup was anything but smooth -- since the two had a public fight on Instagram just few months ago.

So I think it's safe to say the Biebs is probably feeling some type of way about Selena's putting her face on The Weeknd's face. After all, he was pretty into her back in the day.

Which is why I also think it's admirable that, when he was hounded by paparazzi after stepping out of his Los Angeles home on the same day this Selena news dropped, he gave the camera his best "fuck off" dab.

Of course, it is possible that when this video was taken on Wednesday, the Biebs hadn't heard about Selena yet, and that's why he looks so happy.

(Though you won't convince me he doesn't have a Google Alert on her name.)

So, in summation, today Justin Bieber taught us the best way to handle people being all up in your business — especially when you might be vulnerable — is to just send 'em a dab and move on with your life.

I think Selena would be proud he is finally maturing — if she's not too busy kissing The Weeknd, of course.

Citations: Feeling the groove! Justin Bieber dons earphones and does dab dance move as he steps out in LA Read more: http://www.dailymail.co.uk/tvshowbiz/article-4111754/Justin-Bieber-dons-earphones-does-dab-dance-steps-LA.html#ixzz4VZ4LUsgB (The Daily Mail)