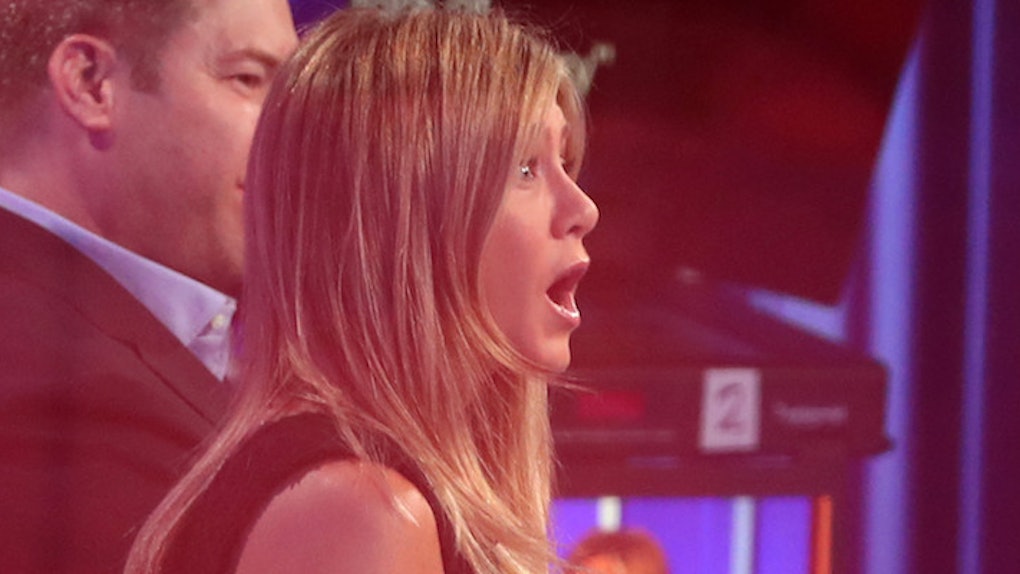 Jennifer Aniston Made 'Sex Toys' Joke In Front Of Kids

Oops! Jennifer Aniston is making headlines for a reason other than her upcoming movie or her lengthy letters addressing outlandish rumors spread by the media.

The 47-year-old actress is receiving waves of criticism from every angle after inappropriately joking about "sex toys" during a recent interview.

The "Friends" star had been promoting her upcoming movie "Office Christmas Party" on BBC's "The One Show" when she accidentally joked about "sex toys" in front of a group of disabled children on live television.

Aniston had been chatting up with BBC hosts Matt Baker and Alex Jones while she sat alongside "Office Christmas Party" directors Will Speck and Josh Gordon.

Unfortunately for Jennifer Aniston, also in attendance were a group of disabled children behind The Rickshaw Challenge 2016. This particular charity organization helps raise awareness for disabled children.

In other words, Aniston's most recent interview probably wasn't the right time or place to whip out the ole "sex toy" joke.

So, how did this all even come about? Host Alex Jones simply asked the directors,

What's Jennifer like to work with? Is she Rachel from 'Friends' or 'Horrible Bosses?'

That's just a complicated way of asking if Jen is more like her famous characters Rachel Green or Julia Harris. "Office Christmas Party" directors Speck and Gordon said that she's "a bit of both."

That's when Jennifer Aniston chimed in to say,

Just without the sex toys!

She was obviously referring to her role as sexually-driven boss Julia Harris in "Horrible Bosses."

While many people understood the joke, others just didn't think it was appropriate given the setting.

Plenty of people took to Twitter to speak on the slip-up expressing their disapproval.

That had to have been SO awkward...

Others, however, didn't think the joke was that big of a deal.

Most people were just more surprised by her everlasting, youthful appearance.

Does Jennifer Aniston EVER age?!

And to think, all she had to do was refrain from mentioning sex toys! Oh well, it happens to the best of us (I think).

Overall, it sucks that Jennifer Aniston slipped up and gained some unwanted press ahead of her upcoming movie, but we can all agree that it was not intentional.

Lesson learned? If you're going to tell inappropriate jokes, do it in the United States where no one will notice because most people have done A LOT worse!