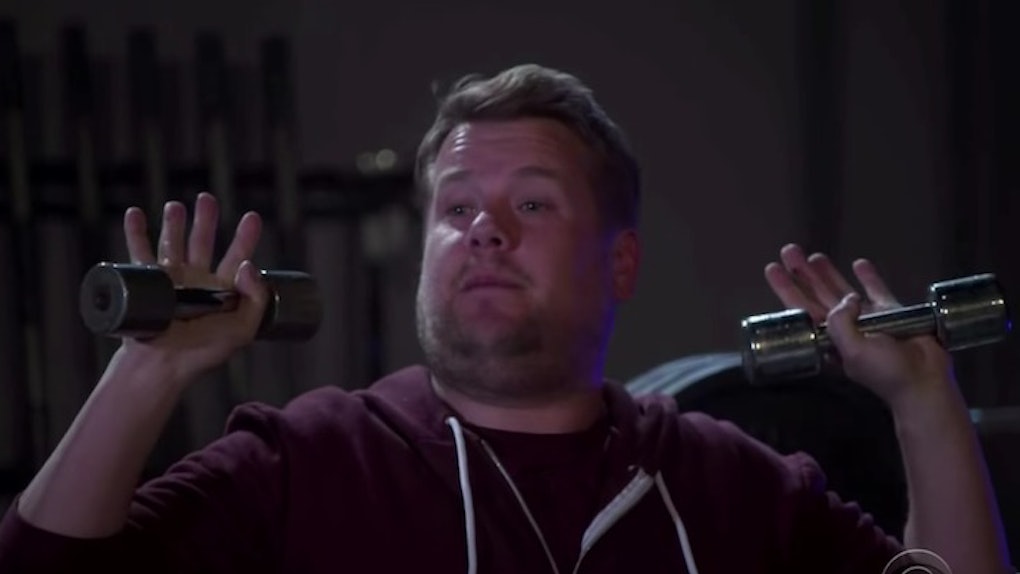 James Corden is back at it again, and this time, he roasted Kanye West's new video for "Fade."

The Life of Pablo rapper dropped the video (along with a super awkward speech) at the VMAs this past Sunday.

Most of us were dazzled by Teyana Taylor's insanely fit body and a little bit confused about why there were sheep in the video, but Corden was just plain distracted.

He showed us why in a video spoof of "Fade" where he was working out in Kanye's gym while Teyana Taylor danced around the equipment.

Um, have you ever tried to get a workout in while some chick in her underwear is getting oil EVERYWHERE and taking up the entire space for a dance routine? For "The Late Late Show" host, it proved to be extremely difficult.

It's really hard to ignore Teyanna, too -- especially because she looks better than most of us will ever look and recently had a baby. Yup.

I don't think much working out actually gets done at Kanye's gym.

"I'm sorry, no one needs that much oil!"

"Can you take it down a notch?"

"A lot of us only joined this gym because of its zero sheep policy!"