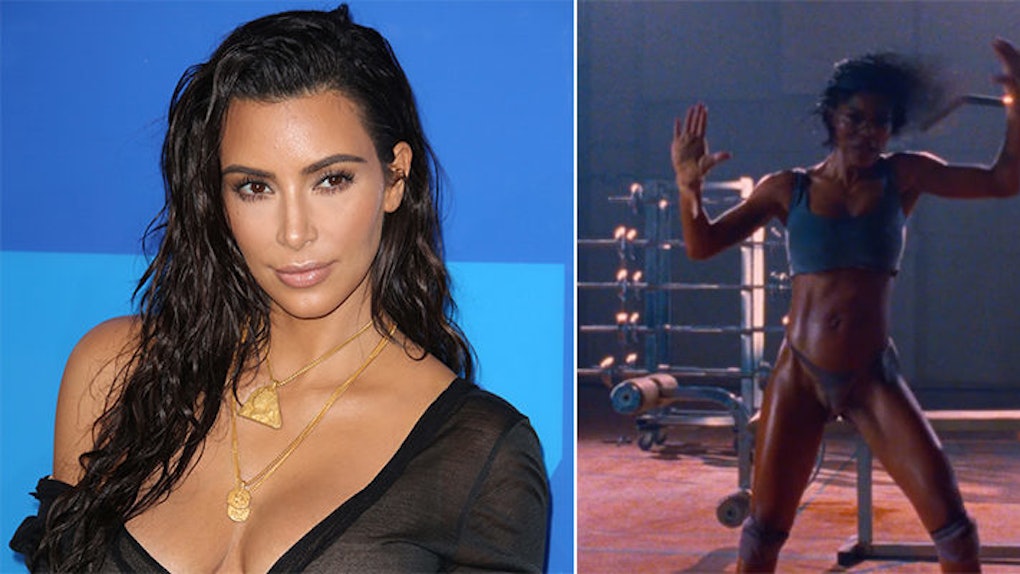 Kim Kardashian took to Twitter this morning to say what we were all thinking about the star of Kanye West's “Fade” music video, Teyana Taylor.

The 35-year-old reality TV star is actually all of us girl-crushing on Teyana Taylor's insanely fit body.

Kanye's “Fade” music video is straight fire, and I know we all have major #Fitspiration goals to meet now when we're working our butts off at the gym.

TBH, I'm probably going to have this video on repeat while I'm on the treadmill so I feel like I'm a lot more hardcore than I actually am.

The fangirling was taken a step further when Kim K posted a follow-up tweet.

Teyana, you are looking like a total BOSS after recently giving birth.

Kim Kardashian and Teyana are pretty much BFF status now, based off of Teyana's response.

Listen @KimKardashian let's not forget the Mexico slayage tho!! & this is with 2 kids, girl pic.twitter.com/XzbgT03IAM — TEYANA M.J. TAYLOR (@TEYANATAYLOR) August 29, 2016

Let me just say, Kim K and Teyana, I think you both give all of us major gym motivation vibes.