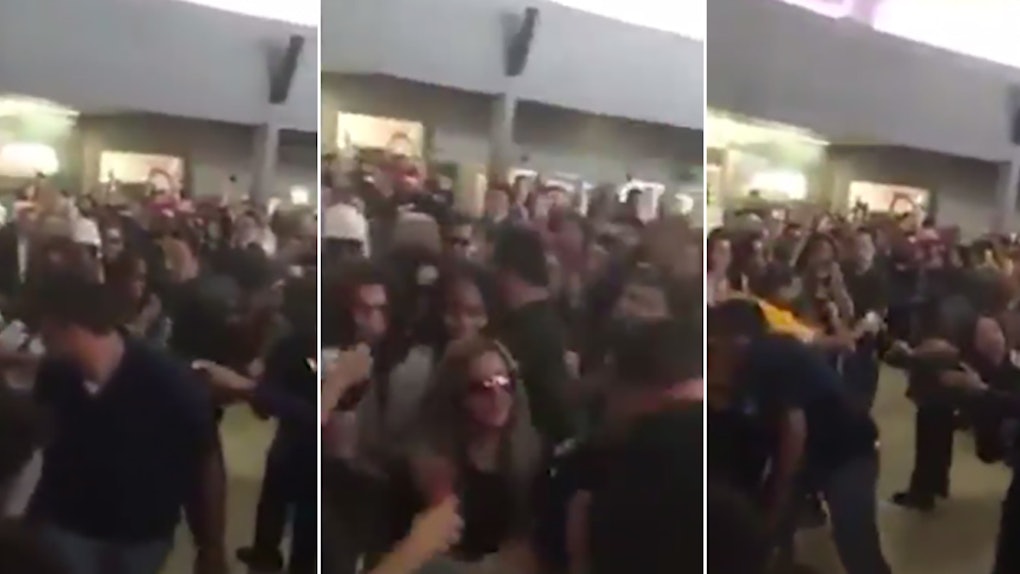 Ally Brooke is the latest celebrity to be a victim of assault.

The Fifth Harmony member was attacked on Wednesday by a male fan when she arrived in Monterrey, Mexico.

As she was walking through the airport, the unidentified person went to take a selfie with the singer.

When security came to shoo the man away, he grabbed onto Ally's shirt and almost dragged her down.

Security immediately broke the two apart and removed Ally from the situation before any more harm was done.

Footage captured by TMZ shows the exact moment Ally Brooke was attacked by the fan.

In the screenshots below, you can clearly see the attacker in the orange shirt forcing his phone in front of her face.

Ally posted on her Instagram to let her fans know she is OK and wasn't harmed.

The incident comes just a few days after Gigi Hadid was attacked in Milan, and Kim Kardashian was assaulted in Paris.

The man who went after both women has been identified as Vitalii Sediuk, a 27-year-old "prankster" who is known for accosting celebrities at events and public appearances.

He first grabbed Gigi Hadid from behind and tried to pick her up before she elbowed him in the face.

That a girl, Gigi.

Kim Kardashian was attacked by Sediuk while walking from her car in Paris when he tried to kiss her butt.

Security came to Kim's rescue before the reality star was hurt.

In addition to these two attacks, Amy Schumer was also a victim of harassment by an aggressive fan earlier this year.

The man, who has been identified as Leslie Brewer, attacked Amy for a photo while in South Carolina.

It's upsetting to know so many female celebrities have been attacked by strangers over trivial things like taking a photo. These guys clearly messed with the wrong girls.

Way to stay strong, ladies. All power to you.