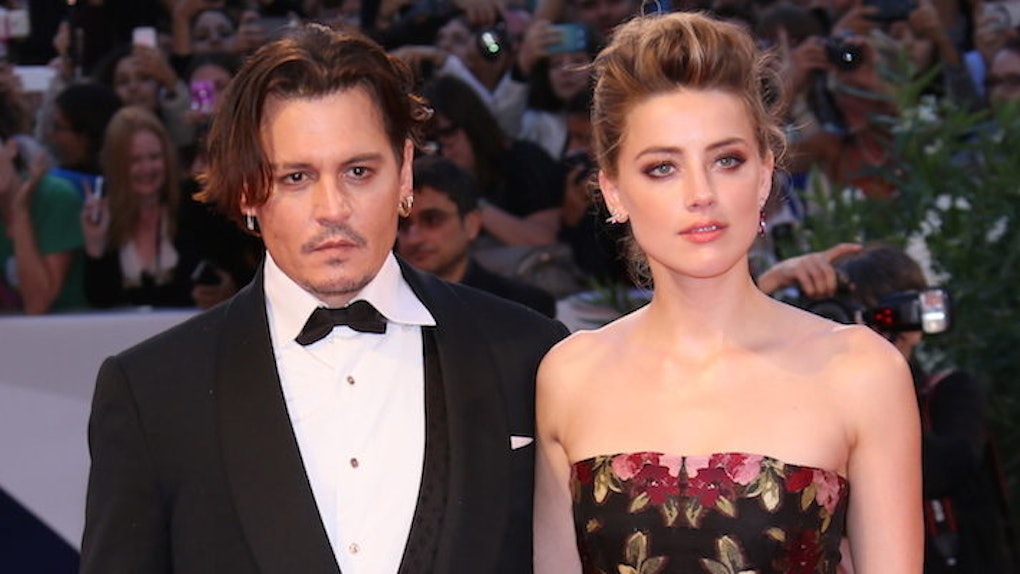 Amber Heard and Johnny Depp have met the end of their particularly taxing divorce proceedings.

On Tuesday, the 30-year-old actress dismissed her domestic violence restraining order petition against Depp with prejudice (aka, she cannot re-file it), TMZ reports.

The couple's divorce case has also been resolved, with the 53-year-old actor reportedly agreeing to pay a $7 million settlement.

A statement released by the exes reads,

Our relationship was intensely passionate and at times volatile, but always bound by love... Neither party has made false accusations for financial gains… There was never an intent of physical or emotional harm… Amber wishes the best for Johnny in the future. Amber will be donating financial proceeds from the divorce to a charity.

Fans alarmed by recent reports of Depp's behavior -- such as the allged finger-stump-painting spree -- are more than ready to see the marriage end.

johnny depp trashes his house and cuts off the tips of his fingers when hes mad but yall still claim hes a collected,non-violent person — b(abs) (@OR0ROMUNROE) August 15, 2016

The video of Johnny Depp & Amber Heard in their kitchen is disturbing. What's even more disturbing is that people are STILL blaming Amber. — Kim Christenson (@Kim_Christenson) August 15, 2016

Johnny Depp is such a nice, soft-spoken guy. Who throws bottles at his wife. Gross. Get away from me, apologists. — sarah maclean (@sarahmaclean) August 14, 2016

johnny depp is one of my favorite actors but there is no excusing or defending abuse. what he's done is wrong stop trying to defend him. — mads (@flatlinesagb) August 13, 2016