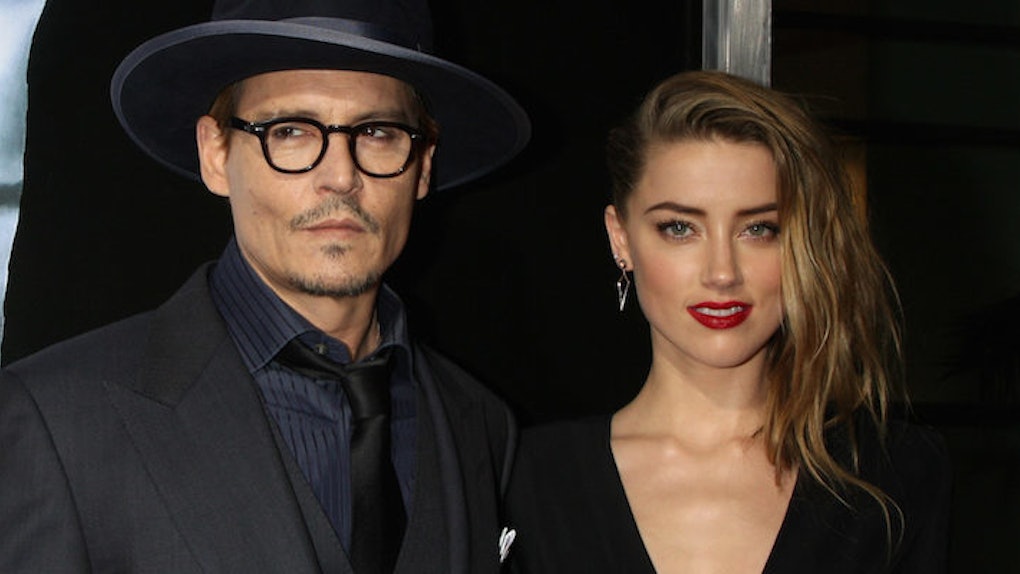 The photo shows a mirror with a message scrawled in blood and blue paint.

It appears to read,

The celebrity gossip site reports Johnny was drunk and rolling on ecstasy when he cut his finger smashing bottles, windows and a plastic phone.

When one of these items cut off a piece of his index finger, he dipped the forefinger in a nearby supply of Amber's paint and went to town on the bathroom mirror.

Amber claimed Johnny suspected her of being unfaithful with her “London Fields” co-star Billy Bob Thornton. Over the course of her domestic violence case against her husband, the actress has made it clear this was not the only time during the couple's marriage Johnny accused her of infidelity.

Because he waited almost 24 hours to seek medical attention, doctors were reportedly unable to reattach the tip of the Golden Globe winner's finger and instead fashioned a new tip from a flap of hand skin.

Modern medicine is amazing and disgusting. Johnny Depp appears to be solely the latter.