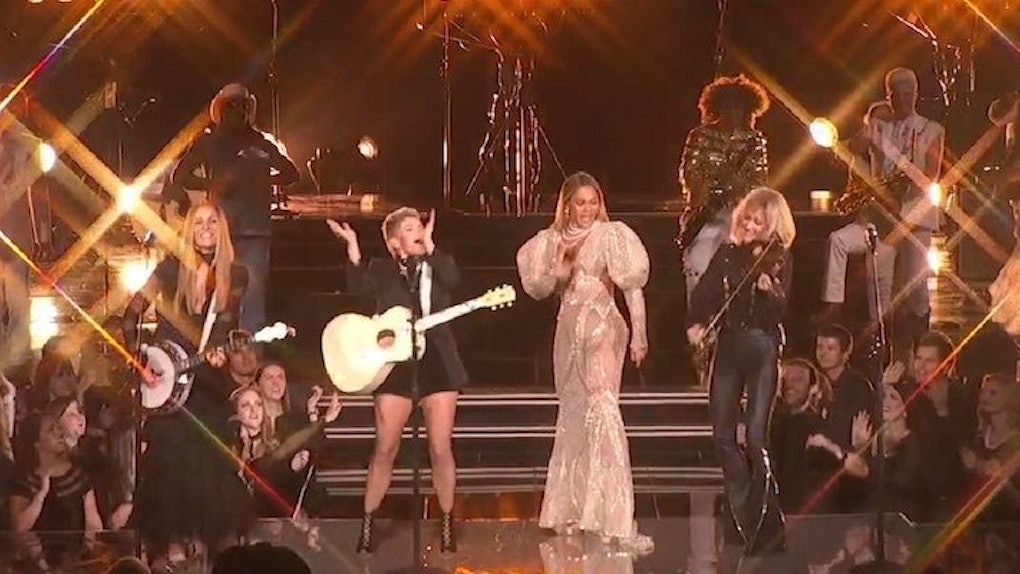 On Wednesday night, Beyoncé performed "Daddy Lessons" with the Dixie Chicks at the 50th Annual CMAs, and most people agreed it was pretty fantastic.

However, some people — let's call them "racists" — felt it was not "appropriate" to have someone who wasn't whi- er, country, performing at the Country Music Awards.

Unfortunately, like many racists, these people loudly took to Twitter to complain about Beyoncé showing up to a white pride rally the CMAs.

So when the official CMA Twitter and Facebook pages deleted the posts announcing Beyoncé's surprise appearance, fans suspected it might be an attempt to appease racist country music fans — and according to TMZ, it was.

But on Friday, the Country Music Association issued a clarifying statement to PEOPLE regarding the incident: They love Beyoncé and totally aren't racist, promise!

Chief Executive of the CMA Sarah Trahern clarified further in an interview with the New York Times, saying the initial promo was taken down at the request of Beyoncé's legal team.

Beyoncé's team hadn't approved that, so we pulled it down. Fans can get kind of passionate and read other things into it. ... We believe in free speech and people can post what they're going to post. It's about the music, not about politics.

Trahern added Beyoncé's team only approved one official video of the performance, which is streaming on ABC's website.

If we all turn this up really loud, together we can drown out the hate.

I'd say take the Dixie Chicks' advice and just sit back and enjoy your free download of the studio version of this country banger.