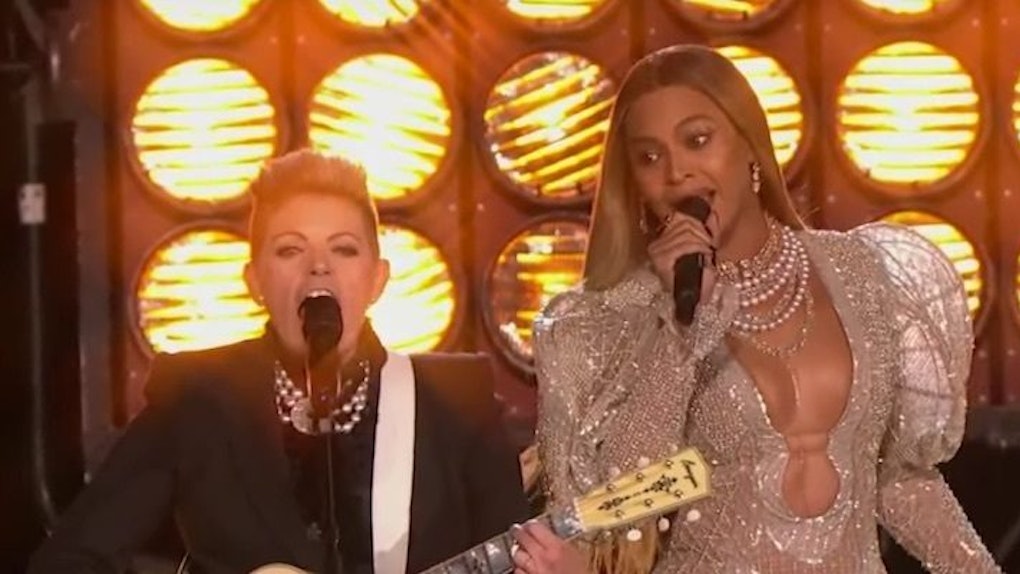 Beyoncé is giving away a free studio version of her "Daddy Lessons" collab with the Dixie Chicks, presumably because she knows we all really need this right now.

Honestly, God bless Queen Bey and God bless the Dixie Chicks because this version of "Daddy Lessons" is even more amazing than the one on Lemonade. (And trust me, I do not say that lightly.)

The performance — which some people suspected was a last-minute effort to compete with the World Series — was pretty dang good, if I do say so myself.

Just ask Matthew McConaughey, who was so into it he was doing the McConaughey chest bang.

When all four ladies harmonize on that last line of the song, I swear I got chills, man.

And as an added bonus for fans of both artists, the last 30 seconds of the track are just Bey, Natalie, Emily and Martie talking about the recording.

You can hear someone shout, "That was the best one!" and Beyoncé reply, "It was? That's because we're all sweaty, we warm, we loose... That's how it works."

You hear that? That's the sound of one million aspiring performers furiously scribbling down recording advice from the queen.

This is not the first time the Dixie Chicks have taken on "Daddy Lessons," of course. The band has been performing covers of the song since its release throughout their DCX MMXVI tour.

So I guess I'm into country music now.