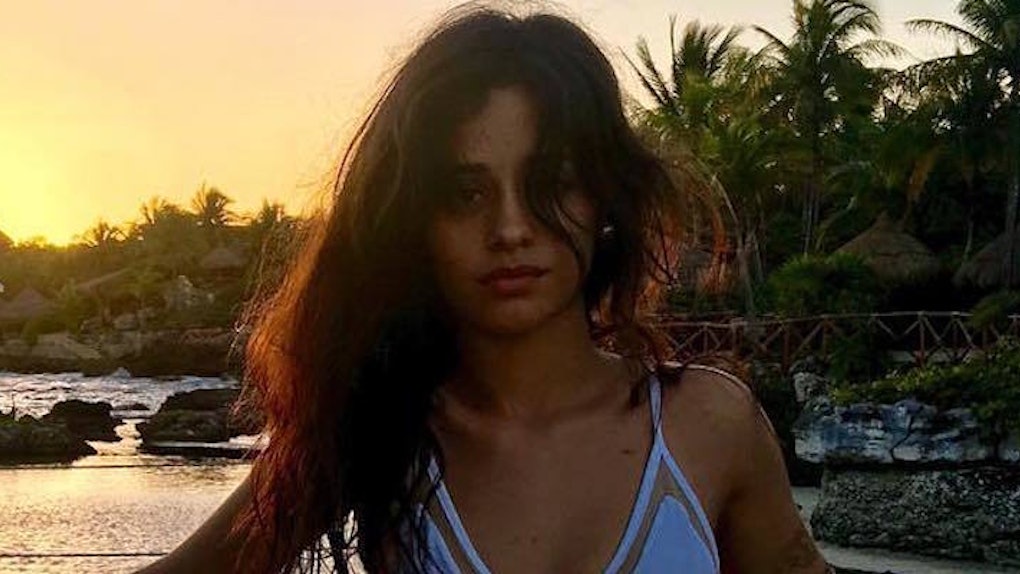 Camila Cabello Turns Up The Heat In Sexy Bikini Photos

If you're a Fifth Harmony fan, you're well aware of the fact Camila Cabello has left the band.

After everyone got that out of their system, more details began to spill about why Cabello left in the first place.

Rumors swirled that Cabello wanted nothing to do with attending group therapy sessions and special meetings organized to map out the group's future.

Perhaps most of the drama surrounding the 19-year-old singer's departure stemmed from the fact the remaining group members issued a public statement from official Fifth Harmony social media accounts.

Meanwhile, Camila says she had spoken to her bandmates way before the news ever broke. She then issued a statement herself to address the fabricated news, writing,

The girls were aware of my feelings through the long, much-needed conversations about the future that we had [during] the tour. Saying that they were just informed through my representatives that I was 'leaving the group' is just not true.

Check out the full statement here.

So, what exactly has Cabello been up to since leaving the popular girl group? Causing everyone to stop and stare, of course.

Camila Cabello shared two new photos from her recent trip to Cancun. These might be too sexy for your eyes.

I think it's safe to say Camila Cabello has left all of the drama with Fifth Harmony in 2016 where it belongs.

She simply captioned each photo with "I LUV CANCUN."

Yeah, I love Cancun, too, Camila. And clearly, Cancun loves you back.