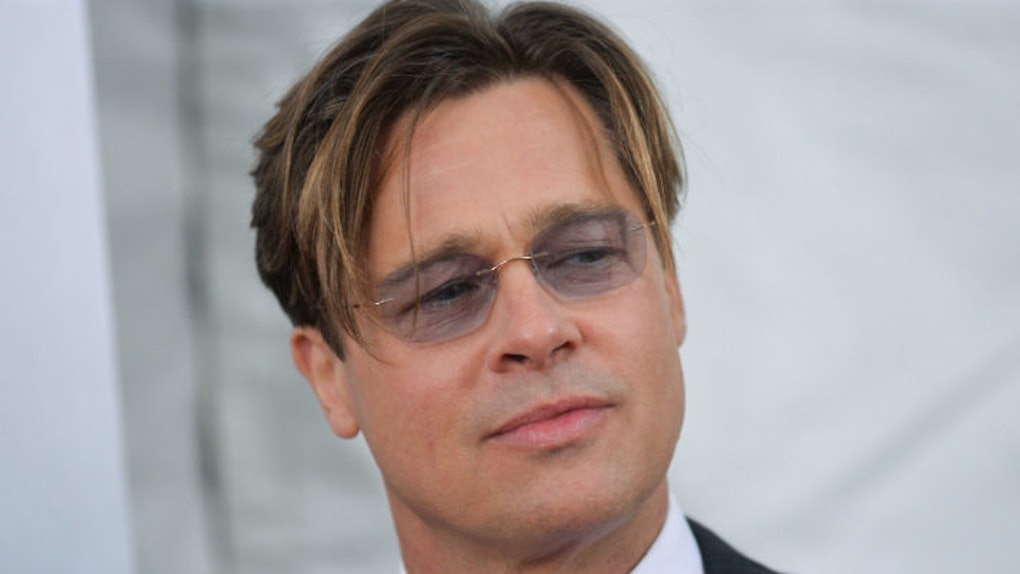 While Angelina Jolie filing for divorce from Brad Pitt may have shocked your very core, I'm afraid to tell you that more life-shattering news is still popping up.

We all have to be strong during these trying times, even though they don't really affect us at all...

After Jolie filed for divorce on Monday, rumors of Pitt's possible (and refuted) affair with costar Marion Cotillard and alleged child abuse allegations have already arose.

It was especially suspicious due to his "family man" persona.

Now, Pitt is getting his legal representatives at the ready.

While the couple previously did not have a personal public relations representative, a norm when it comes to the Hollywood elite, they mostly relied on agents and managers for announcements regarding their family life.

Now, ET is reporting that a New York-based strategic communications firm has been asked to work for Pitt.

They would work along with Pitt's new legal team -- Lance Spiegel, a Beverly Hills attorney. Spiegel is credited with representing a number of celebrities, namely Eva Longoria in her divorce from Tony Parker.

Robert Offer, Jolie's entertainment lawyer, said that the divorce was "made for the health of the family.”

Meanwhile, Pitt released the following statement on the Tuesday after Jolie filed for divorce,

I'm very saddened by this, but what matters most now is the well-being of our kids. I kindly ask the press to give them the space they deserve during this challenging time.

People reported that an anonymous tip was made to the LA County Department of Child and Family Services regarding a possible alleged physical and verbal confrontation between Pitt and one of his six children.

However, the DCFS have strict confidentiality laws and are unable to confirm or deny anything regarding the investigation.