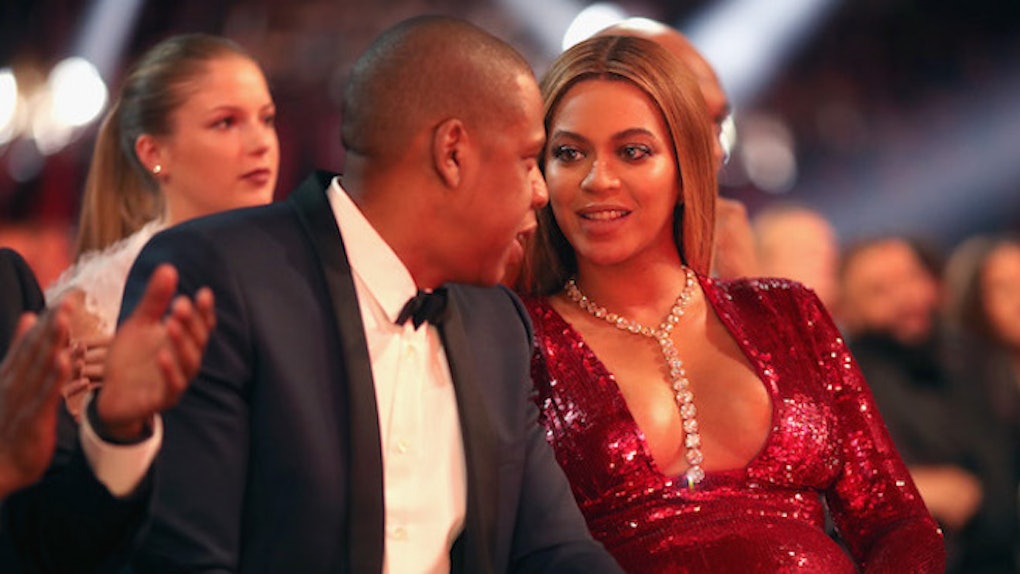 RING THE ALARMS: This morning Beyoncé shared the first picture of her twins, Sir and Rumi Carter, on her Instagram. The internet went crazy, time stopped for a second, and, TBH, I'm surprised the government didn't completely shut down (I'm still fact checking this, they actually may have).

Now, if you're familiar with Beyoncé Knowles-Carter and Jay-Z, two fairly minor celebrities, then you probably know conspiracy theories follow them like paparazzi. My personal favorite is that Beyoncé keeps Sia locked in her basement.

Perhaps the most notable theory about Jay and Bey, though, is that they are members (or perhaps leaders?) of a secret group of powerful, wealthy influencers, the Illuminati.

Naturally, after the birth of their twins, fans are even more suspicious of the two than usual, and it seems that Mr. and Mrs. Carter are now, more than ever, the subject of much speculation. Many have actually taken to Twitter to share how they think the moguls are connected to the powerful secret society, using the birth of their twins as primary reasoning.

First, there are those who find a dubious significance in the twins' actual birthdate, June 13.

Then there are those whose ears perked up at the thought of Bey and Jay's twins being born during Gemini season.

Then there are those who really just ran with the idea in any way they could (but I'm low-key shook at most of these, so who am I to judge?).

In all fairness, these fans have made some shocking observations. Obviously, much of this is just coincidental, though. I mean, Beyoncé couldn't have planned to have twins during Gemini season, and she definitely couldn't have forced the babies to be born on the 13th (could she have? *gulp*).

One way or the other, whether our fave power couple is part of the Illuminati or not, we're just happy they gave birth to two healthy babies, and that Beyoncé has not let the business of motherhood stop her from being extra AF.

Congrats, you two. Let our jealousy of your children, all of whom are richer than we, commence.