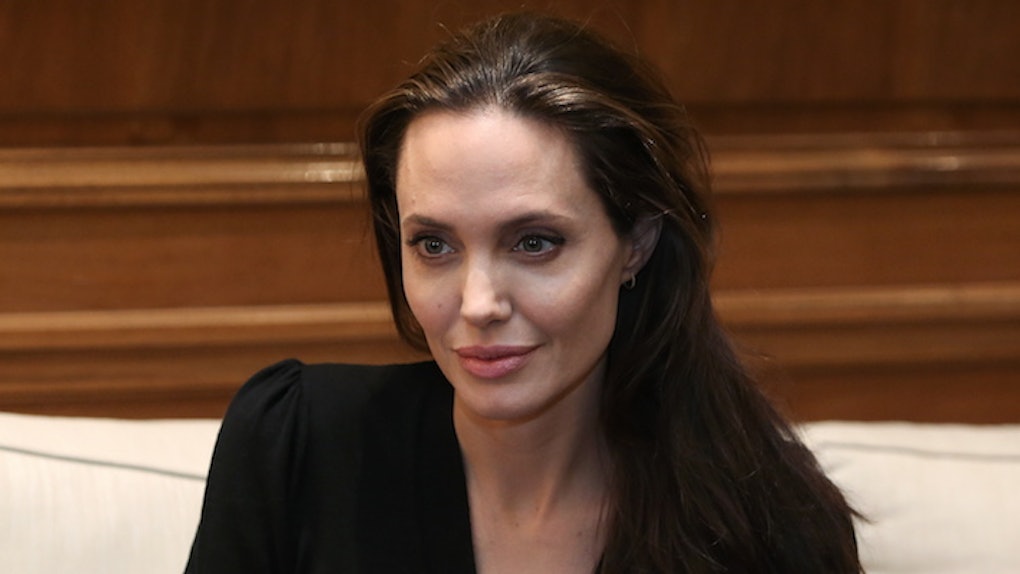 Angelina Jolie and Brad Pitt have reached a temporary custody agreement, according to a report from TMZ.

Sources close to the situation told TMZ the custody deal terms include visitation for Brad, with a catch: His first visit to his children must be with a therapist present.

After the initial visit, the therapist will then decree whether Brad will be allowed unsupervised visits with his six children or not.

Again, the agreement is temporary and reportedly only lasts three weeks.

Other terms of the deal, according the report, include:

The LA County Department of Children and Family allegedly laid out these terms for the couple and both parties agreed to them rather than fight about it in court.

This report comes 10 days after the longtime couple officially announced their divorce.

I gotta be honest: I'm a little bit shocked by this news.

I mean, monitored visits? Drug tests? That's way more intense than I expected the Brangelina custody terms to be.

On the other hand, there is allegedly a video out there from a few weeks ago of Brad Pitt drunkenly yelling at his family after getting off a plane.

However, witnesses claimed Brad never got physically violent, and the actual footage has yet to be released.

Brad and Angelina both emphasized over the past week the primary focus right now is on their children.

Angelina will always do what's in the best interest of taking care of her family.

Damn. This might be more serious than I thought.