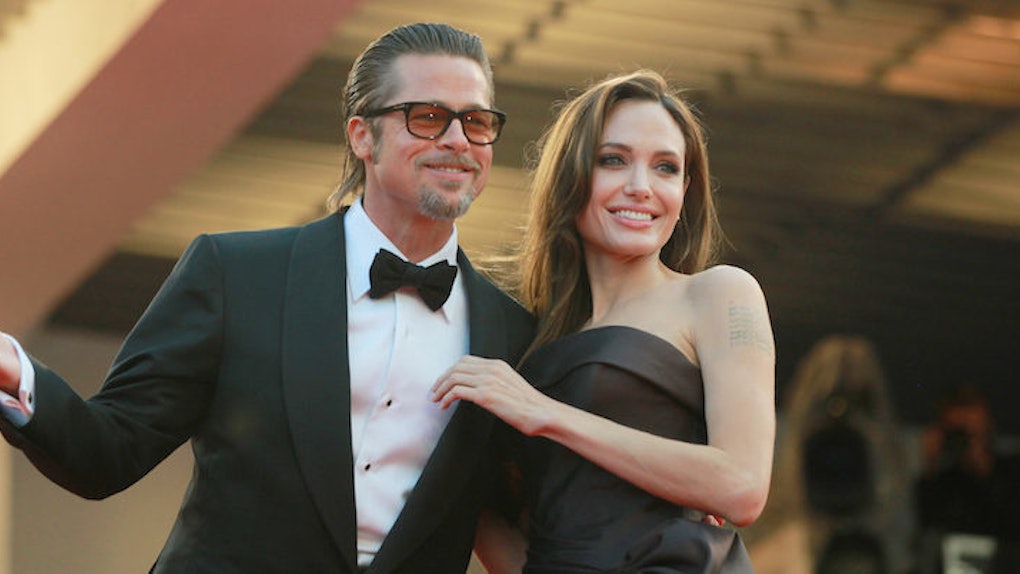 It's hard to imagine circumstances getting worse for Brad Pitt and Angelina Jolie, especially after Pitt's alleged child abuse investigation following a fight on their private plane.

It looks like things just got a little bit messier for the power couple, though, because their jet fight was reportedly caught on video -- and the footage is not in Brad's favor.

In fact, it's bringing their split to new heights, no pun intended.

The footage allegedly shows Pitt arguing with his teenage son, Maddox, in what appears to be a violent manner.

Insiders recently told Us Weekly the 52-year-old actor appeared to be "drunk" and was "yelling" after their plane stopped for fuel at Minnesota's Falls International Airport on Wednesday, September 14.

NOOO, Brad. Please don't do this to us -- errr, I mean, your family. We can't handle this kind of emotional distress.

According to Us Weekly, one source who apparently viewed the plane footage said,

Brad is seen yelling a lot during it, but nothing physical.

OK, OK. People argue -- things could be worse. But another source continued,

He got drunk and was fighting with Angie... Maddox [Brad and Angelina's son] stepped in to defend Angie and got in Brad's face.

The source then continued on about how teenagers have a tendency to argue with their parents, and that this should not be considered abuse.

Even so, the fight appeared to be the last straw that caused Angelina to file for divorce.

After Brad released a statement claiming "what matters most now is the well-being of [their] kids," it's hard to imagine him lashing out with such violence toward his loved ones.

I suppose we'll just have to wait for the outcome that we've been dreading from the day the married couple split and all of our romantic dreams were crushed.