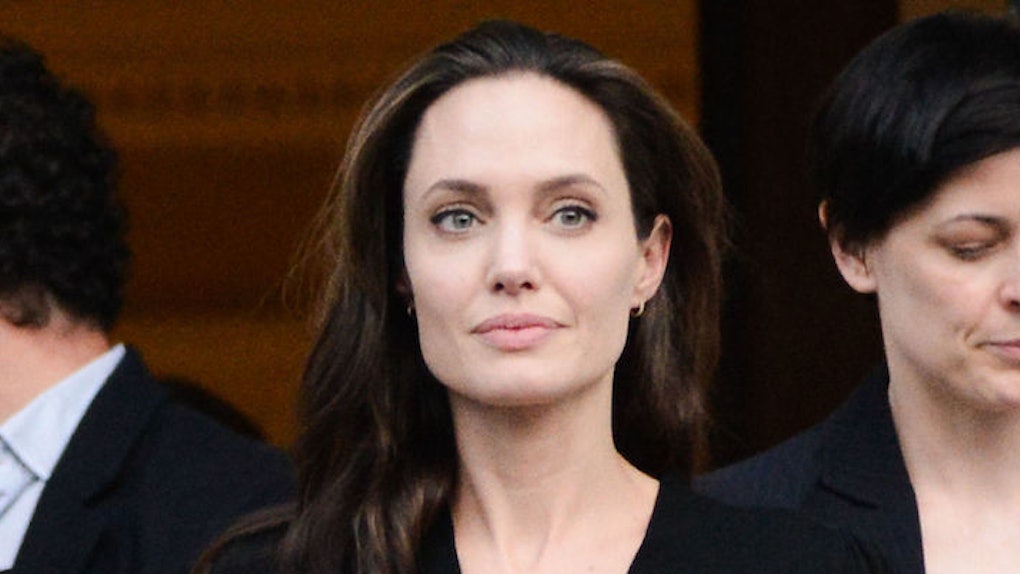 Angelina Jolie released a statement responding to Brad Pitt's child abuse accusations — her first time speaking on him since the initial divorce news.

On Wednesday, the 52-year-old actor was reportedly cleared by the Los Angeles County Department of Children and Family Services of the child abuse accusations raised against him involving his six children with actress Angelina Jolie.

Angelina Jolie responded to the news of the cleared charges with a statement through her spokesperson, who said,

The job of the DCFS is to make sure the children are in a safe and secure situation. As we said earlier this week, childcare professionals encouraged a legal agreement accepted and signed by both sides that was in the best interest of the children. Angelina said from the beginning that she felt she had to take action for the health of the family and is relieved that after their 8-week involvement, the DCFS is now satisfied the safeguards are put in place that will allow the children to heal.

So it sounds like Jolie is satisfied with the DCFS investigation.

The allegations of child abuse arose after Pitt was reportedly verbally and physically abusive to his son Maddox on a private jet.

In a temporary custody agreement formed back in September, Jolie was granted full custody of the ex-couple's six children, with limited visitation from Pitt.

Pitt reportedly went more than two weeks before he saw his children after the divorce.

This is the first time Jolie has spoken, even through representatives, on the divorce since the initial news broke. In September, Jolie released a statement that read,

And on the same day, she released an additional statement that read,

Angelina will always do what's in the best interest of taking care of her family. She appreciates everyone's understanding of their need for privacy at this time.

Citations: Angelina Jolie Breaks Her Silence on the Divorce (ELLE)