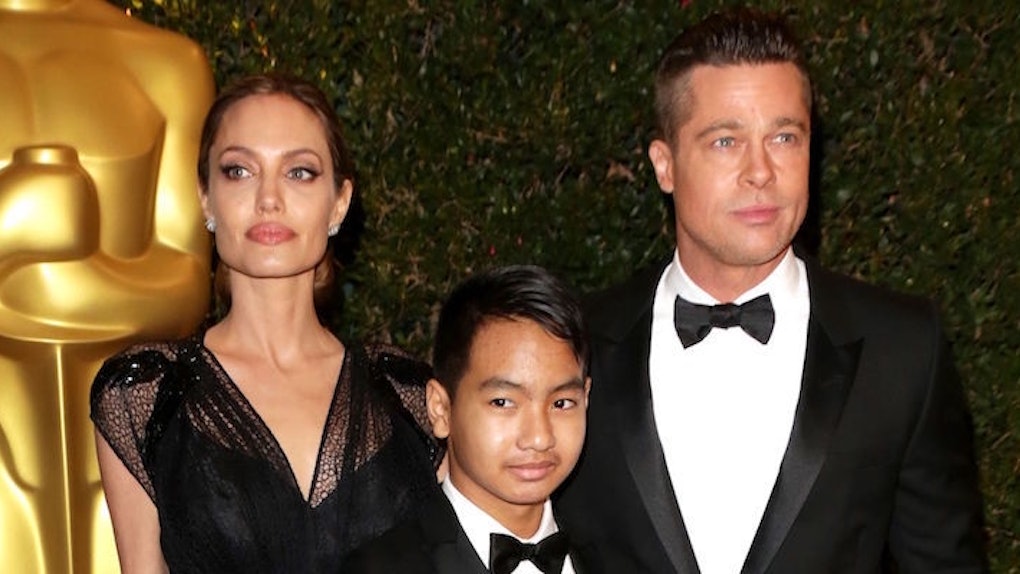 Brad Pitt Had An 'Emotional' Reunion With His Kids, But Maddox Didn't Show

Brad Pitt and Angelina Jolie's divorce continues to be complicated and sad, as divorces tend to be.

Though Brad Pitt has now seen his kids since he and Angelina worked out a custody agreement, multiple sources report he still has not seen 15-year-old Maddox Jolie-Pitt.

According to a report from Us Weekly, the Jolie-Pitt oldest son decided not to attend that first reunion with the 52-year-old actor back on October 8.

An anonymous source who knows Jolie told Us Weekly,

He chose not to go and stayed with Angie.

This meeting, sans Maddox, was monitored by a counselor, as per the stipulations both Brad and Angelina agreed to when they worked out a custody plan.

It's just temporary, but Angelina has full physical custody of the ex-couple's six children.

Both parties agreed to attend therapy separately, and the initial meeting with Brad had to have a therapist present.

Perhaps unsurprisingly, this setup, along with Maddox's absence, apparently made for a rather strained visit.

Another source described the visit to Us Weekly, saying,

It wasn't full of joy and happiness.

Brad, Angelina and the kids had been prepping for this first visit since their initial divorce announcement on September 20.

According to a source,

He [Brad] and Angie agreed on steps that needed to be completed. He wanted to wait until the timing was best.

A family source told People Brad and Angelina have had little to no direct contact throughout these custody negotiations. The source said,

Brad and Angie haven't had any contact, and it's all being worked out via their teams. It's just a sad situation.

Safety concerns for all the Jolie-Pitt children have come into picture throughout this divorce.

A video that has not yet been released to the public supposedly shows Pitt drunk and yelling at Angelina and Maddox at Minnesota International Falls Airport, and an anonymous witness filed a child abuse claim.

The Department of Children and Family Services investigated the claim and helped Brad and Angelina draft their custody agreement based on their findings.