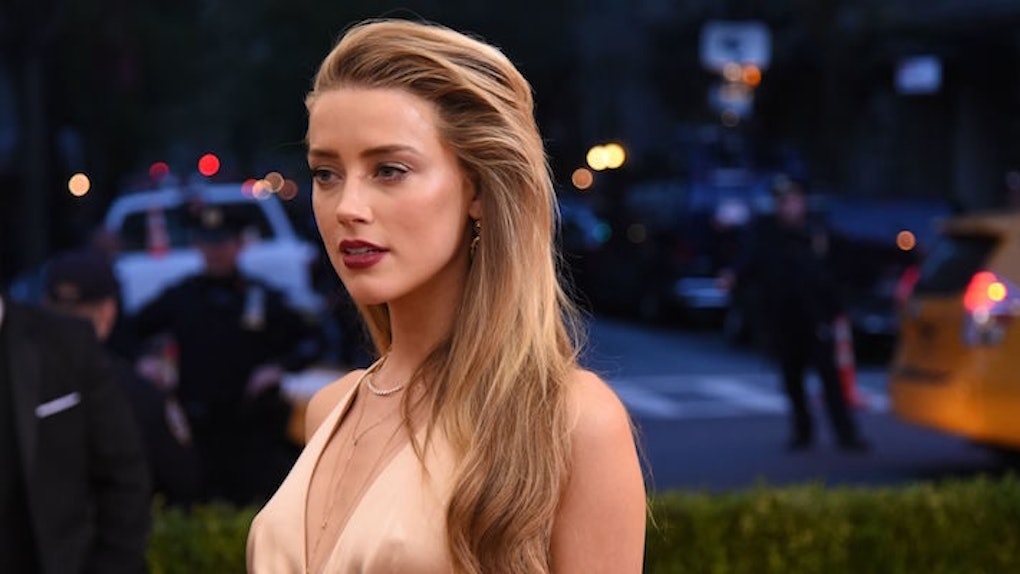 Elon Musk Seen Out With Amber Heard After Her Divorce

Elon Musk is seemingly wasting no time in pursuing Amber Heard after her and Johnny Depp's bitter and very public divorce.

According to The Hollywood Reporter, the 45-year-old tech billionaire, famous for co-founding and heading car company Tesla as well as aerospace company SpaceX, was apparently recently seen out and about with Heard.

Apparently, the two nearly met on the film set of "Machete Kills" about four years ago, and the business magnate has been trying to connect with the actress ever since.

He reportedly attempted to reach Heard with a number of emails to the film's director, Robert Rodriguez.

According to THR, which obtained some of the emails, Musk wrote,

If there is a party or event with Amber, I'd be interested in meeting her just out of curiosity... Allegedly, she is a fan of George Orwell and Ayn Rand… most unusual.

After Amber Heard allegedly no-showed at a dinner to meet him, he reportedly reached out to Rodriguez again, saying he wasn't trying to date her.

Can you send her a note saying I would like to get together for lunch in LA? Am not angling for a date. I know she's in a long-term relationship, but… Amber just seems like an interesting person to meet.

What can be seen from the emails seems innocent enough, but the timing of Musk's emails suggest otherwise.

Musk divorced his second wife, actress Talulah Riley, in 2012, which would've been around the time he was filming his part for "Machete Kills." He actually remarried Riley 18 months after their divorce, but according to The Guardian, Riley filed for divorce in March of this year, which means, for all intents and purposes, the billionaire is free to pursue whomever he wants.

But, if a source reportedly close to Musk can be believed, this is all circumstantial and Musk and Heard are just friends.

As for now, they are just friends.

Well, we'll all have to wait and see if anything comes of their budding friendship. Heard could probably use a pal after all the craziness from her divorce.