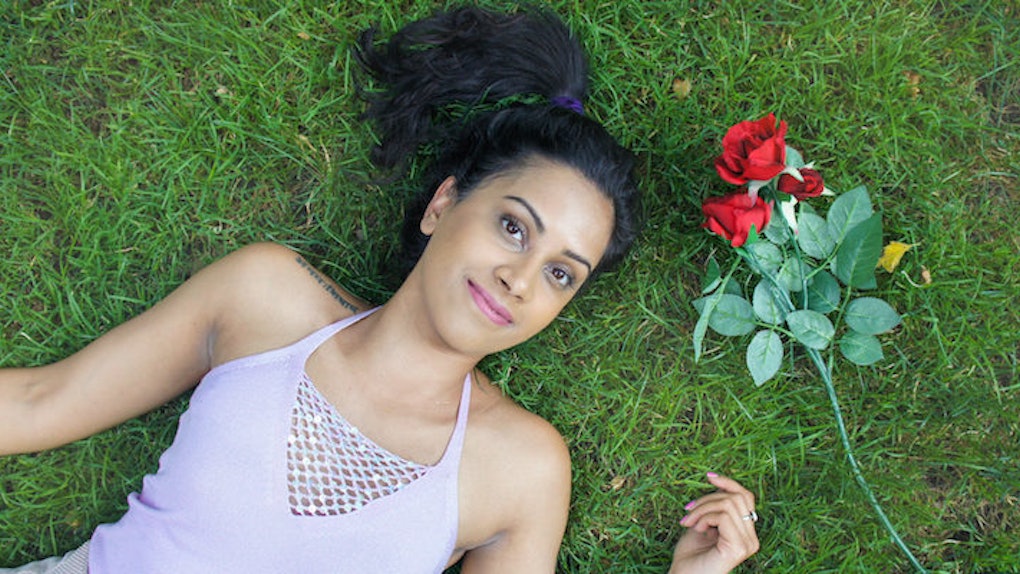 5 Reasons Why Calvin Harris Clearly Wants To Date Me Next

Friends, Calvin Harris is newly single and for the taking. I am ALSO single (uh, not newly, just perpetually) and am ALSO for the taking. And I can say with absolute certainty that I am the woman of his dreams.

Now, I know there are a lot of women out there who would say that, but I actually am. You see, I have definitive PROOF that I am. I am hoping he will, by some magic twist of fate, come across this random article and ask me out (I'm THIS close to straight-up putting my phone number in here).

But Calvin, you can reach me on Twitter, Instagram and uh, pretty much anywhere. You can show up at my apartment unannounced if that's what your heart desires. I do that to guys all the time. That must be why they love me so much.

OK. Here are 5 reasons why I, Sheena Sharma, should become Sheena Harris:

Calvin is reportedly OVER dating celebrities. Tay's "narcissism" and "obsession with herself" was a huge turn-off to him, and it was enough to make him no longer want a relationship with a big-time celeb.

I am not a celebrity. I am just a normal girl with a relatively small following who writes about farting during sex every now and then. You know, the usual.

CALVIN LIKES BRUNETTES!!!! He even once went so far as to say Taylor is not his type (which, as much as I love it, I don't get; I can't see how a leggy blonde with blue eyes and incredible wit isn't someone's type). As of current, he wants to find "a down-to-earth Sofia Vergara-type." I AM A DOWN-TO-EARTH SOFIA VERGARA-TYPE.

I am not a sexy Latina, but I could pass for one. People mistake me for Latina all the time.

3. Calvin has never dated a Libra (that we know of).

According to whosdatedwho.com, Calvin -- a Capricorn -- has dated a fellow Capricorn, two Sagittariuses, one Virgo and one Pisces. As far as we know, he has never dated a Libra. Considering all of those relationships didn't work out, a change would probably be good for him. I could be that change. I am the change he NEEDS, dammit.

4. Calvin has a proven track record of hanging out with tan women who sing well.

Rita Ora and Calvin Harris had a highly publicized nine-month relationship before they crumbled to pieces. After Rita, there was Rihanna. OK, Calvin didn't necessarily date Rihanna, but he DID post sexy photos of her all over his social media, so we can assume he thinks she's hot and awesome.

Rita, Rihanna, Sheena. Oh, what, did you not know I sing? Yup. I was in an a cappella group in college and even sang professionally for a brief period of time after college. AKA if he and I were to hang out, we would bang out some bangers, and then... bang. Hehehehe.

Calvin, I like your music. I think you're hot. I watch all your snaps and think they're briliant. You're fragile right now, and what you need is to walk into the loving arms of someone who won't screw you over. I will never screw you over because I understand your heart. So come to me. Now.