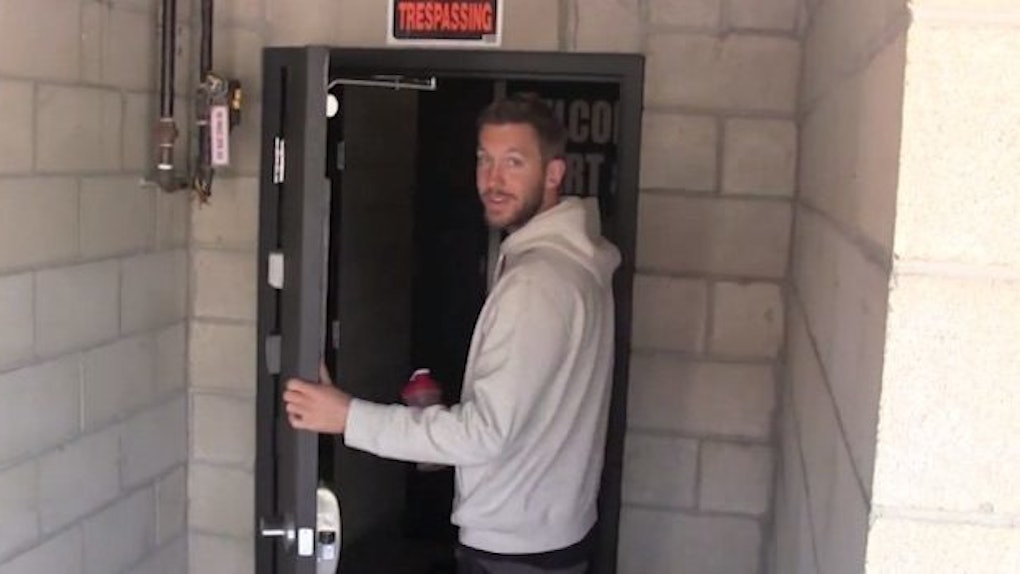 It was only a matter of time before someone got a video camera in the face of Calvin Harris in the wake of this Tom Hiddleston and Taylor Swift news.

TMZ reporters caught the 32-year-old DJ coming out of his car on Thursday in LA and asked how he was dealing with Taylor Swift's new relationship.

"It's all good man," Calvin says in the TMZ video. "She's doing her thing."

He's even smiling and everything. See?

But if Calvin is really so happy and carefree, then what was up with him unfollowing Taylor on Twitter and deleting those "it's all good" breakup tweets?

Honestly, I feel bad for the guy. Tom Hiddleston is a catch.

Taylor and Tom were seen kissing on the beach in Rhode Island a mere two weeks after Calvin and Taylor announced their breakup. It can't be easy to be in the public eye right after Tom Hiddleston steals yo' girl.

But according to Spencer Pratt, the whole thing was staged. So maybe Calvin has nothing to be upset about?

Who knows? He certainly doesn't seem very bothered in this video. You keep on doing you, Calvin.