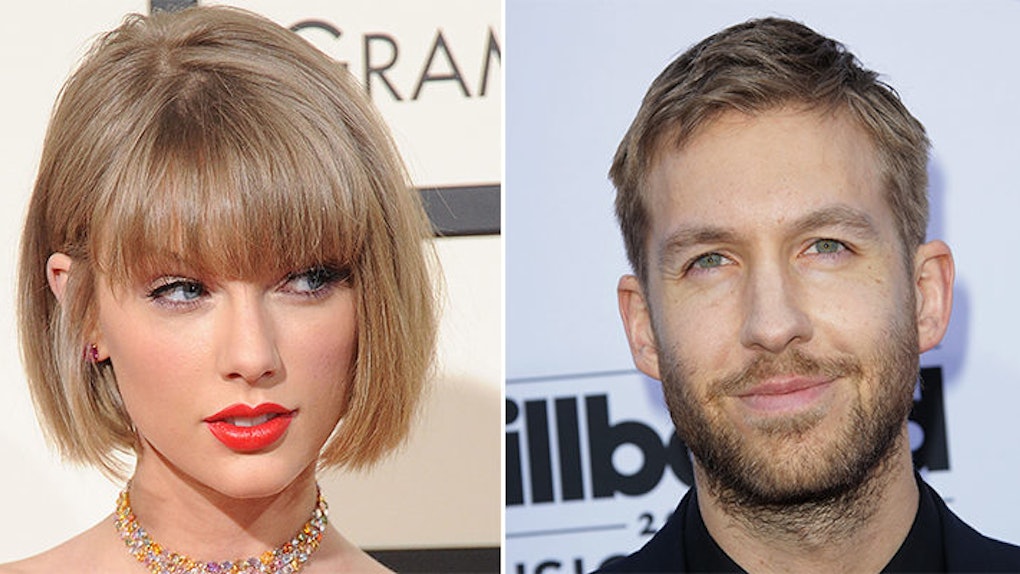 Taylor Swift has officially moved on from ex-boyfriend Calvin Harris and is reportedly dating someone else.

According to The Sun, the "Shake It Off" singer was spotted locking lips with "Crimson Peak" actor Tom Hiddleston.

The two were seen together chilling in Rhode Island, making out on a rock. It was a pretty open area, so clearly they're not trying to hide anything.

Check out the photos below.

After the couple was spotted together, a video resurfaced of Taylor and Tom breaking it down at the Met Gala in New York City.

Hmm, I guess they've had some chemistry all along...is this budding romance as shocking as we think?

Either way, Calvin is pretty pissed. The 32-year-old DJ threw some major shade after his blonde bae was seen exchanging saliva with another man.

Uhhh, it looks like this love story might not have such a happy ending. Well, at least for Calvin. But hey, maybe he can go to a massage parlor and find his happy ending somewhere else.

OOPS, too far? Whatever, YOLO.

Stay strong, Calvin. This one's for you.