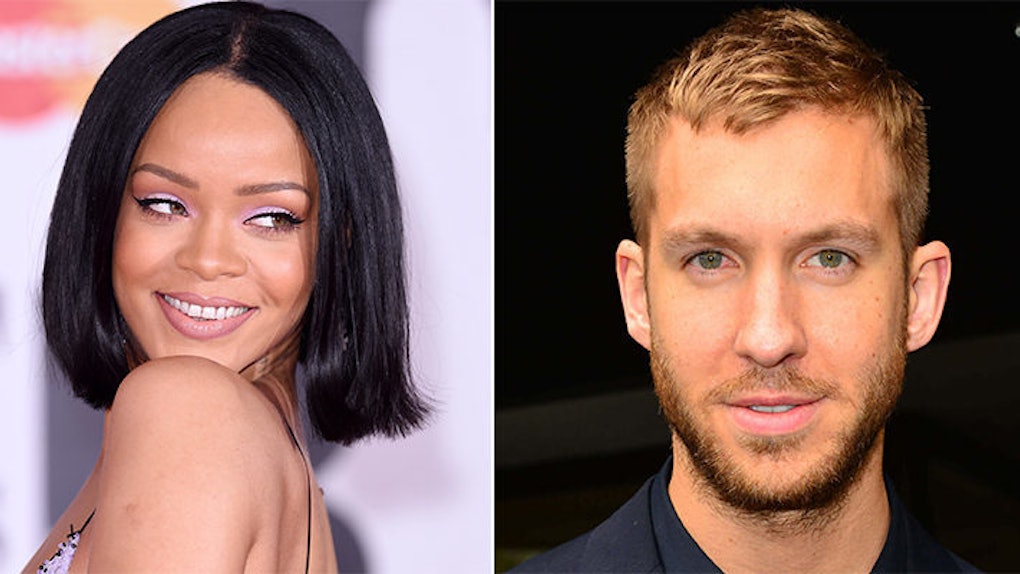 While we've all been sitting around feeling sorry for Calvin Harris, the DJ has been busy working on the best revenge -- his hot new video with Rihanna.

Looks like he did learn a few things from Taylor Swift after all.

After teasing lots of photos of RiRi on Instagram (What? He had space to fill after deleting all those pics of Taylor), he finally dropped the "This Is What You Came For" video Thursday night.

We already knew this song was catchy as hell and Rihanna looks perfect and blah blah blah.

Except, OK, here's the thing.

Right around the 2-minute mark, things get kinda weird.

Mopey Calvin shows up out of the abyss and just kind of ... lurks around.

He says he's all good! He says he DEFINITELY doesn't care that Taylor moved on in lightning speed as if their love meant nothing at all.

He doesn't give two shits about that Tom-Fiddlesticks-Whatever-His-Name-Is, and he just blocked everything to do with her on social media because he was bored, OK? OK?????

We believe you, Cal. Hang in there, buddy.