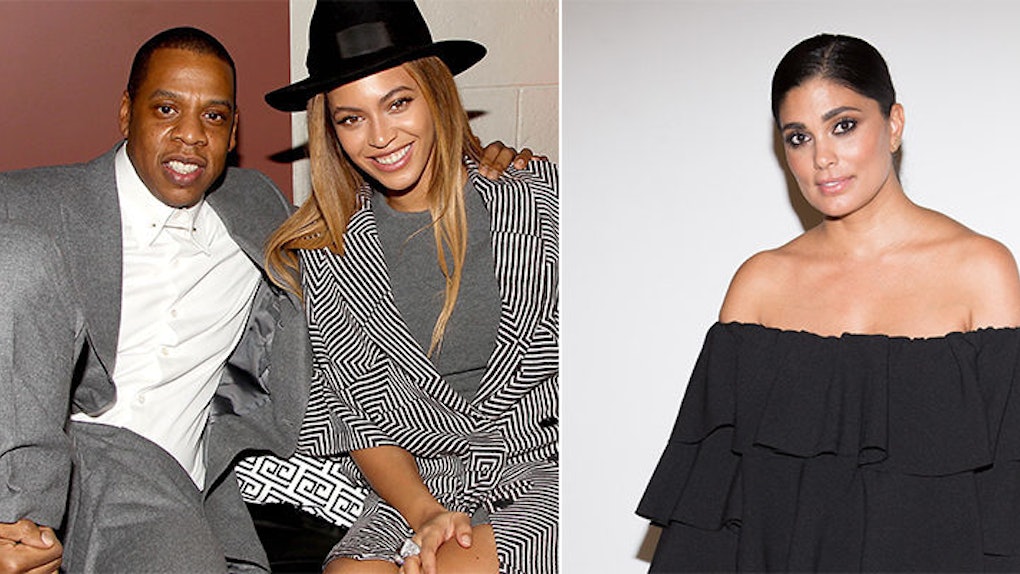 OH DAMN, Beyoncé was under the same roof as Jay Z and Rachel Roy last night --- cue the Lemonade drama!

Bey was recognized for the Fashion Icon Award at the CFDA Fashion Awards last night, and "Becky with the good hair" was right there partying with her.

Let me quickly remind you of all the drama that unfolded between the two when Queen Bey released her visual album this past April.

Shortly after the release, fashion designer Roy posted an Instagram with the caption "good hair don't care," and the Beyhive was quick to assume Roy was the mistress Bey referred to in Lemonade.

Roy spoke out about the controversy and put the rumors to rest by saying her post was "misunderstood." So yeah, that's just part of the whole mess.

On top of that, Twitter became super concerned about Beyoncé's relationship with Jay Z after the album basically labeled him as a cheating scumbag. IT WAS INTENSE.

The good news is nothing crazy went down at the awards ceremony last night. Roy wasn't taking too many pics and reportedly was "one of the only celebs to not walk the carpet," according to US Weekly.

Bey and Jay Z showed up with their daughter Blue Ivy and Bey's mother Tina Knowles.

The event was the first time Bey, Jay Z and Rachel Roy were all together since Lemonade's release.

I personally think it would have been a real party if Rachael Ray showed up too, but I guess we'll leave her out of it.