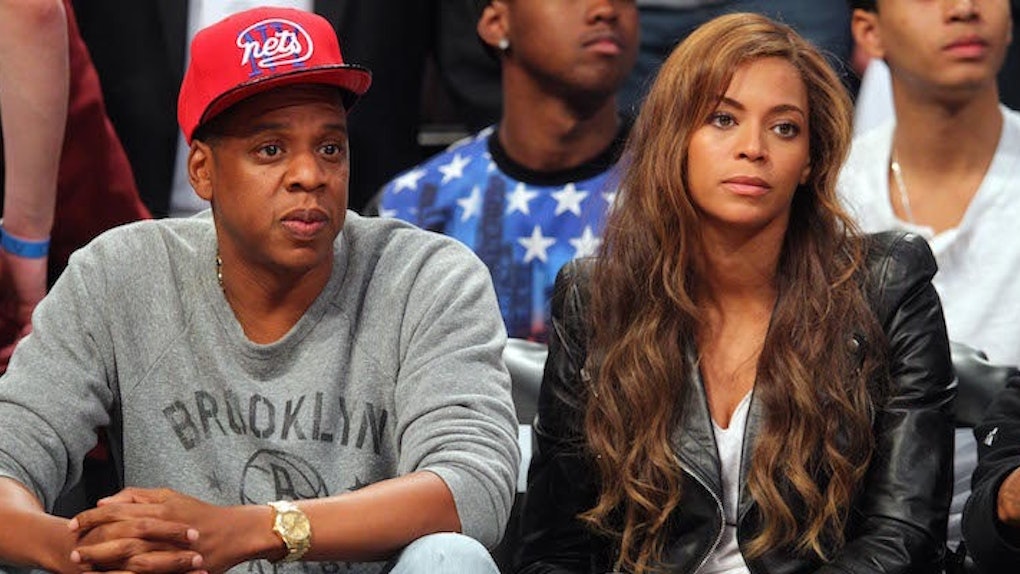 One major question after Beyoncé dropped her visual album on HBO last month was, how much did Jay Z know?

I mean, yes, he was in parts of it, so clearly, he knew it was getting released. But, was he aware of the album's subject matter? Did he know he was the butt of the most glorious public shaming of all time when he shot all that B-roll, sitting with Beyoncé in that abandoned house?

Part of me likes to think this was the biggest surprise of all time, and when they sat down to watch the premiere, Beyoncé stared at Jay the whole time, not allowing him to look away from the screen for the entirety of the broadcast. Then after it finished, she took out a gun and shot the screen before whispering to him,

That was strike one. This ain't baseball, you don't get two more. Hova.

One breathtaking aspect of this whole thing has been how they've essentially turned their almost failed marriage into a cash cow. There is no way the family didn't make BANK off the HBO stream, and it gave TIDAL a second life (after groundwork laid out by The Life of Pablo and the Prince discography).

Jay Z has finally broken his silence on Lemonade, referencing the album on a Fat Joe song released through his music streaming platform.

If you're like most of us and don't have TIDAL, the lyrics in question are,

You know you made it when the fact / Your marriage made it is worth millions / Lemonade is a popular drink and it still is / Survival of the littlest.

Later on, during the song, he raps,

Lemonade was a popular drink and it still is / I get more props and stunts than Bruce Willis.

He also may have referenced the time Solange beat him in an elevator with the lyrics,

Prince left his masters where they safe and sound / We never gonna let the elevator take him down.

If this whole thing wasn't public enough, Fat Joe may have premiered the song last night at a Yankees game for all of New York to hear.

Glorious. They really are the Frank and Claire Underwood of music.