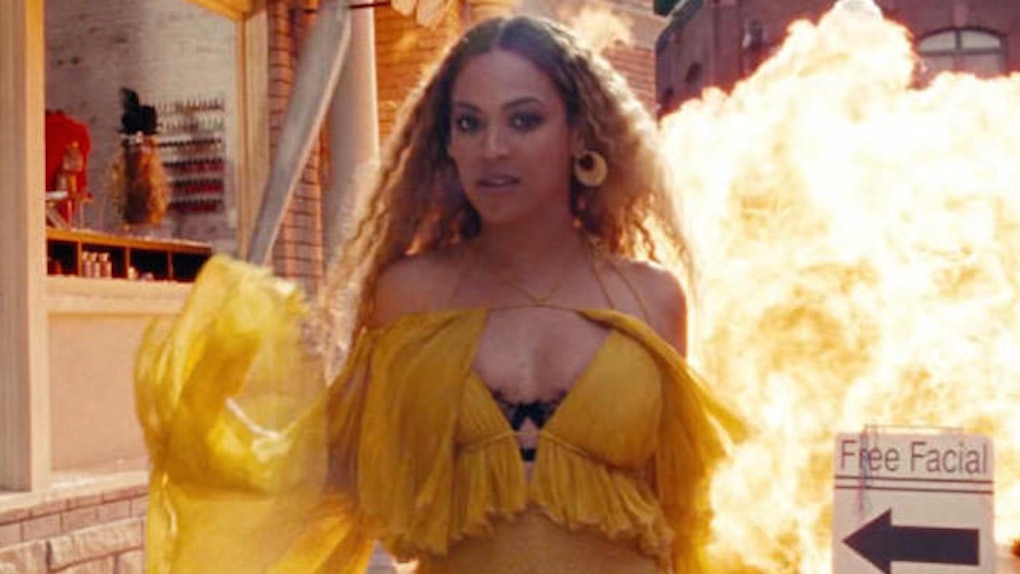 Beyoncé Just Dropped Her New Album And We're Freaking Out

OMG, Queen Bey is back and just blessed us with a new album.

I'm not kidding, I promise. I REPEAT, THIS IS NOT A JOKE.

After premiering her project, "Lemonade," on HBO, Beyoncé shared new songs and music videos from her new album.

Several fans knew it was coming, as many tweeted their predictions along with the hashtag #LEMONADE on Twitter.

At the end of the one hour special, Beyoncé's album became available on Tidal.

LEMONADE, Beyoncé's sixth studio album and her second visual album, features 12 new songs and a corresponding short film. It is a conceptual project based on every woman's journey of self knowledge and healing.

On the site, you can read "The Formation to LEMONADE," a story about the release of the new visual album, and you can listen to the playlist "LEGENDS: BEYONCÉ."

GOD BLESS YOU, BEY. THANK YOU FOR MAKING MY WEEKEND.