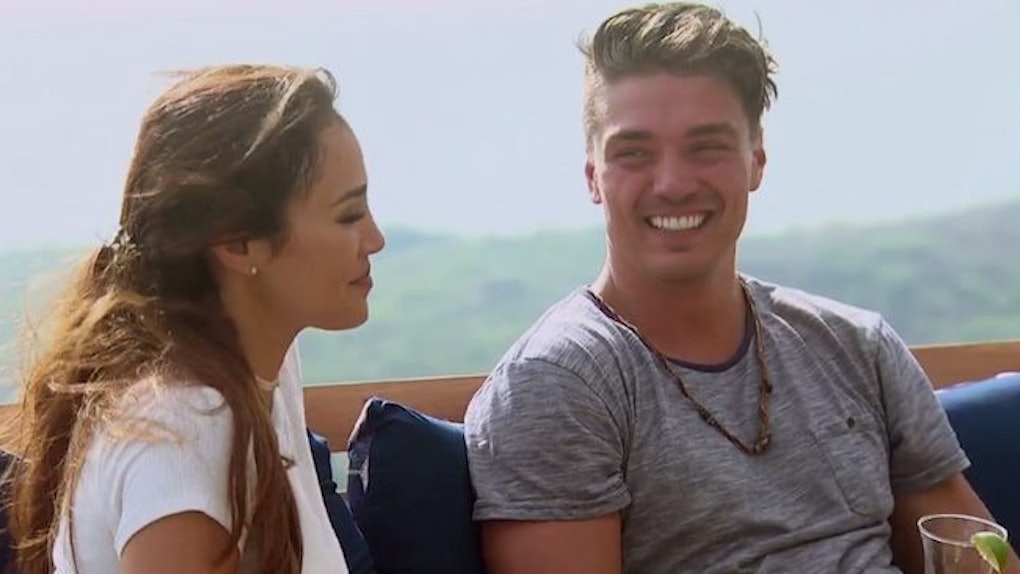 Four weeks ago, when fans of Bachelor nation stumbled into paradise for Season 4 of the "reality" show, we all immediately fell in love with one couple — Dean and Kristina — whom we affectionately referred to as Krisdeana. As is to be expected, though, in the past few weeks sh*t has absolutely hit the fan with these two; that's right, D-Lo showed up with a date card and pulled Dean into a love triangle, pulling us all in with him. The bachelor we once loved has turned into the ultimate f*ckboy and, now, tweets about Dean on Bachelor in Paradise prove that Bachelor Nation officially hates Dean and, honestly, who can blame us?

Once upon a time many of us were rooting for Dean to be our next Bachelor. After seeing the way he treated Kristina in paradise, though, not so much anymore. The hatred started out as a small distaste for Dean, but things really took a turn last week when the jerk was making out with Danielle in the pool right in front of Kristina, and when he ended things with Kristina so he could be with D-Lo. During this week's episode, Dean commented on his little game of "ping-pong," as Jasmine called it. He said,

I just think that I like two girls right now, and it's f*cked up to feel that way, because they both deserve better. I know that Kristina cares about me and I care about her, but there's something in me that cares about Danielle, as well.

Yeah, obviously it's f*cked up, Dean. We were rooting for you! TBH, he can call himself a moron all he wants, but the kind people of the internet are not ready to feel sorry for Dean when it comes to his dating ways. Fans of Bachelor in Paradise (especially those who 'shipped Kristina and Dean from the start) have taken to Twitter to express their hatred of Dean.

Hopefully Dean will get his payback for messing with Kristina's heart at some point this season, but that still won't make up for the fact that Kristina left paradise because of him.