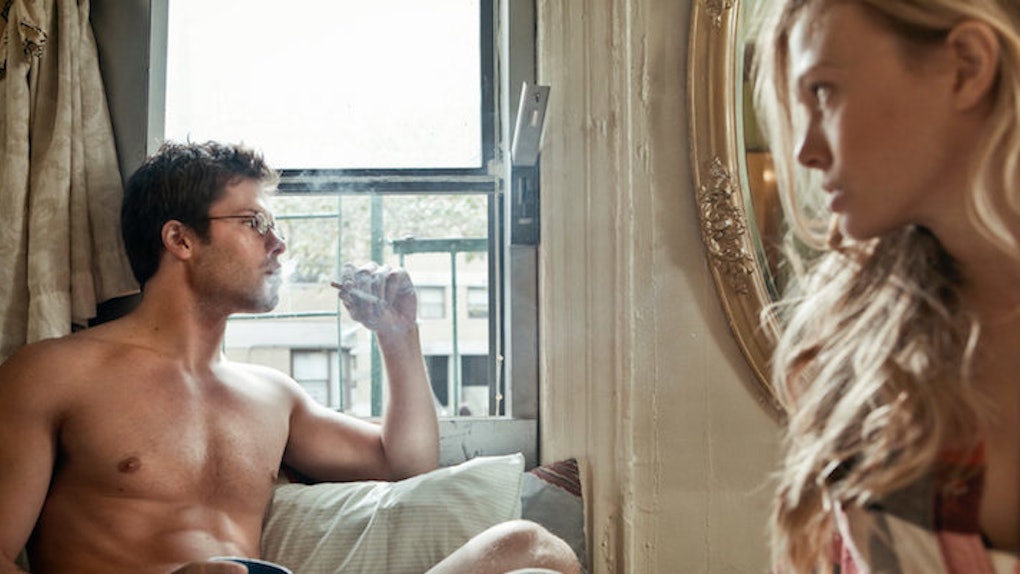 Hate The Player And The Game: 7 Signs You're Totally Getting Played

Think you’re being played? You probably are.

In my years of being part of the game, whether I was a victim or the player, there were pretty clear signs.

Sometimes, you don’t even have to try to find them; they literally fall into your lap.

You don’t have to listen to me, but from past experiences, these are a few signs you just can’t ignore:

One of the most telling signs that you are not the only one in your significant other's life comes from the cell phone.

Do you think that phone is on silent and face down for no reason at all? Wrong.

There’s a reason you can’t see it, find it or hear it. Expect it be looked at only when you leave the room.

And yes, it’s rude to be on your phone when you’re with someone, but it could also be suspicious when it stays hidden, locked or in his or her hand at all times — especially when he or she leaves the room.

And, don’t ever ask to see it because guaranteed your significant other won't let you.

Unless, of course, the “do not disturb” option is turned on for any possible texter who could blow up his or her spot. Sneaky…

He or she isn't responding to your texts? That’s not out of the ordinary. I also don’t often respond to people.

But, I can tell you I do respond to people I want to talk to.

You can pretty much bet he or she is either preoccupied with someone else, doesn’t want you to know what he or she is really doing or you aren't worth talking to, from his or her perspective.

I can’t speak for everyone, but I can promise that if I like you and I’m interested in you, I will respond to you when you reach out to me or shortly thereafter.

But, when it came to the poor guys I dated a few times but was simply not into, I was the person who simply didn’t respond.

The difference is, I keep it that way. There will be no response 12 hours later or 24 hours later. If I am not interested, you will not hear from me. So, when I go MIA, it’s for good, not temporarily!!

3. You have something he or she wants.

Ever offered to help with something? Isn’t it funny how someone will swoon for you, sweet talk you and make you feel like the only person in his or her world until he or she gets what he or she wanted?

You helped this person in one way or another, so now, the person doesn’t have to try so hard.

He or she will step back and push you away a little bit because he or she doesn’t really need anything from you anymore.

You played your part, so now you have to go. Or maybe, he or she doesn’t really want you to go for good, but you are no longer a top priority. You will know when that happens. Timing is everything.

Need I say more? He or she is more concerned with quantity than quality.

Remember when he or she used to want to see you all the time? He or she regularly made time for you, wanted to take you out, spoil you and show you what he or she was capable of (oh, the early stages of the game!)

He or she called and texted all the time, sometimes even all day. Then, maybe that started to simmer down.

Maybe you started to think it was a little strange he or she didn't want to talk to you or see you much anymore.

You don’t feel that way for no reason, but in his or her defense, it’s not always his or her fault. Everything is exciting in the beginning, but things do change.

Less effort goes into it because now that he or she has you, he or she is no longer as interested (we are human, it happens!) or because he or she found someone else.

Either one of those excuses makes sense, but it would help if he or she would share that information with you.

At least you’d know your place, lower your expectations and move on. But no, he or she will always keep you on that string so he or she can have the best of both worlds.

And, you will always forget you were concerned and still send that reply text or make that unfortunate visit to spend time with him or her.

This happens because he or she knows you're invested and will take advantage of it when it works for him or her.

He or she knows how to talk to you, and you will always fall for it. Who can resist a sweet guy (or girl) with a pretty face?

I am guilty of this. Who wants to be alone when you haven’t been in years? Did you know he or she just got out of a long-term relationship like two weeks ago?

Oh you did know? And now you’re wondering why he or she is being shady and distant?

When someone says he or she just got out of a long-term relationship, like “three weeks ago,” that should be the first sign you are the rebound person.

So, WTF were you thinking pursuing this? I’ve been guilty of having a rebound guy. Hey, I never said I was perfect! I can play this game, too.

Intuition is an extremely powerful force.

If you think something is wrong, chances are you are right. Experience has made me almost a pro at knowing when I’m being lied to or whether I should be suspicious of someone.

It sucks, but when, deep down, you feel something is not right, you should listen to yourself. You will start to put pieces together.

You are noticing it for a reason. You caught a glimpse of a text message weeks ago? You remember something he or she said to you on your first date that is now resurfacing?

When you start to put the pieces together, your suspicions will, without a doubt, be right.

I am telling you, if you don’t listen to anything else I say, listen to this: Intuition is your best friend.

It is so powerful, you simply cannot ignore it, so don’t. Step back and reevaluate.

Understand that this feeling may never go away then decide what you will do with it. If you choose to ignore it, be prepared for the consequences.

Now, are you ready for the big twist to this story? Sometimes, it is your fault that you got played.

You saw all these signs, and your gut was trying to tell you something was not right.

You chose to ignore it because you didn’t want to totally lose this person who had so much potential in your life.

Of course, knowing that you should walk away doesn’t sound all that fabulous, so you don’t.

And guess what? You got played, and the only one who got hurt from it was you. And really, it is your fault for letting it happen. That's the cold, hard truth.

So now, I finally understand what they mean when they say, “Don’t hate they player, hate the game.” It’s true.

If you know you’re being played and you choose to keep playing the game, you made the choice.

Yes you can be mad at and hurt by the “player,” but you chose to stick around. The only real person you should be mad at is yourself.

And, if you are anything like me, no matter how hard you try not to, you will always fall for the player.

Why? Because the forbidden fruit always tastes the sweetest.