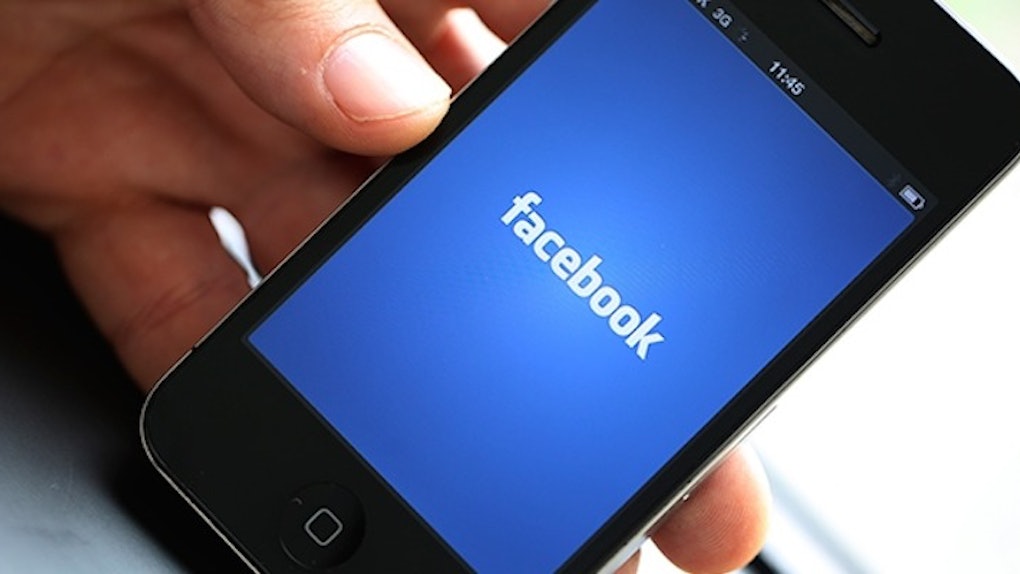 What ever happened to dialing a girl's number (because you actually knew it) on a telephone, asking if she's available (because you didn't have Find My Friends) and seeing if she wanted to go have a picnic with you?

In this age of constant digital connection, it's impossible to find another person you genuinely connect with. You have to sort through millions of social profiles, and awkward online encounters, before you really start getting to know the person.

Really, it all started when the cell phone was invented, and all of a sudden, you didn't have to memorize phone numbers anymore. The laziness has caused society to spiral into an eternal void of passive text messages and “sliding into DMs.”

Gone are the ways of traditional dating. Here are six reasons why social media is to blame:

The only way to truly have a blind date now is to agree to meet a complete stranger at a certain place and time, without even knowing their name. That's insane, right?

Nowadays, when your friend sets you up with a nice guy, at the very least, they'll tell you his name. And then you go to work.

You find his Facebook page, Twitter profile and Instagram feed. You Google his name just to make sure he's not a convicted felon and end up finding pictures of him from his days of high school athlete stardom.

That's the life of a single person trying to find love. You want to make sure that your blind date isn't a creep, so you find out everything you can about them from social media.

Usually, you find out quite a bit. Here's the problem, though: Stripping the discovery process out of dating takes away what used to be fun about dating in the first place.

Falling in love used to involve a little mystery. You wouldn't know much about a person before going on that date, but that was time you were supposed to spend finding out who they were.

If you weren't being set up on a blind date, as a guy, you were working up the courage to call a girl, or visit her during the day and ask her on a real date.

It was polite, required at least some planning and was stressful. After all, she could say no.

Not today. These days, “traditional courtship” has all but vanished in a sea of texts, email, Twitter and other forms of asynchronous communication.

The dating arena has become so casual, that there is really no commitment to worry about. If you strike out, open your dating app of choice and find the next one.

Sure, you'll be running through significant others faster than a six-year-old eating bowls of Cinnamon Toast Crunch, but hey, at least there was no rejection.

It's impossible to escape people without completely turning off your phone. Being constantly connected has its perks, obviously, but sometimes you need time to just be with yourself.

That doesn't mean you don't love your SO, and if you two do connect, you both should already understand that being with each other every single second of the day isn't just unreasonable -- it's unhealthy.

Subtweets are how people argue these days. If not with a subtweet, then with a text message. This is, without a doubt, the unhealthiest way to have arguments when in a relationship. It requires literally no genuine thought or care.

When you're staring at a computer screen instead of your boyfriend's face you don't get to see any of the sincerity with which he tells you he's sorry.

What used to be old love notes, ticket stubs and pictures (physical photographs, developed at a store) are now one-word text messages and Instagram posts at a concert where you were “just hanging out.”

There's no such thing as a candid photo, or a love note, since you get to examine and immediately delete whichever one makes your hair look too flat. And, writing hurts your hand.

The worst crime of social media is its theft of any formality in dating. People used to dress up to go have dinner with a member of the opposite sex. Guys used to call ahead, and show up at exactly the time they said they'd be there.

They would actually say the words, “Would you like to have dinner on Friday night?” to a girl's face, and looking right back at him, she would say, “Sir, I'm just bagging your groceries.”

Just kidding. But seriously, it took some actual commitment. Now, people will hook up from text messages that are three words or less.

This behavior isn't healthy at any stage in life, but it's especially unhealthy when you're a young adult looking to settle down.

Long-lasting relationships require commitment and serious thought, and they are the first casualties of dating in a world run by social media.