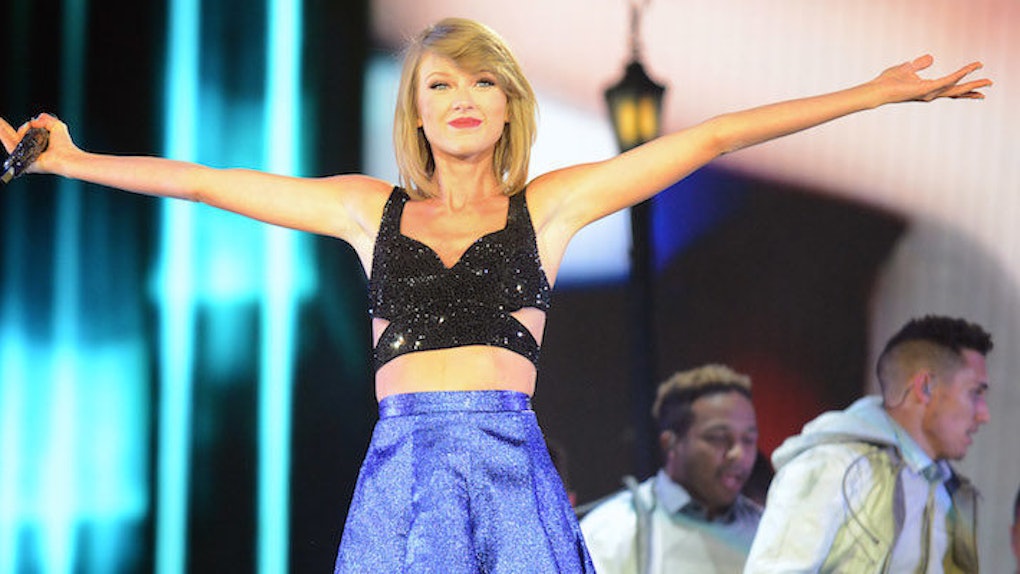 OK, so Taylor Swift and Tom Hiddleston broke up. Sigh.

We all pretty much knew this was coming, but what we didn't know is how much Taylor would be shrugging the breakup off like it was no thang. She's been killin' it this week.

I suggested some things Taylor should do post-breakup rather than taking the relationship-hop route once again, and she actually seems to be taking my advice (so far).

Taylor's been photographed living up the single life. She's not slowly drifting off into nothingness on the couch of her Tribeca apartment with her many cats, so you can't help but pat her on the back for that.

If you're going through a breakup, you may want to take some tips from Tay. Here are all the positive ways you should move on after a soul-crushing breakup, just like her:

Throw yourself into your craft.

I can't prove this is true, but I bet you a million dollars that T. Swift is writing about Hiddleston, if old habits are proof of anything. Like me, she's one to pen things about all the dudes who've done her wrong.

Go, Tay! I can't wait for your new music.

You may not be a world-class songwriter like our friend Tay, but I know there's something about you that makes you want to get up in the morning.

What's your favorite hobby that you sometimes forget to make time for? Like, the thing you wish you could do for a living, but can't because you'd probably be starving on the street doing it?

Is it singing or playing an instrument? Or maybe arts and crafts is your thing. Do that, and do a lot of it.

Be kind to yourself, of course. But also be kind to others.

Taylor Swift recently made a terminally ill girl's dreams come true by chatting with her for half an hour. Yes, an entire half hour.

If the most highly-paid female celebrity on the planet can find time in her busy schedule to do something wonderful for another person, then I think you, too, can make time to pay it forward, even if it's just a tiny deed.

Doing nice things for other people is actually proven to make us feel happier about ourselves and our own lives. A little bit goes a long way.

Take care of yourself.

Just hours after her breakup was publicized, Taylor was seen leaving the gym all happy and whatnot.

Ladies, it's OK to mourn the loss of your ex. Throw on some sweatpants, cry it out and eat your feelings. But eventually, you've got to pull it together and remember to take care of yourself, a la Tay.

It's too easy to get too comfortable in Sweatpants Land. Get to the gym. I promise you'll feel a million times better once you do.

Hang out with your squad.

Taylor's been spending her time with her BFFs, because where the hell would we be without our best girl friends?

It's too easy to get stuck in your own head after a breakup. Instead of taking a trip down Feeling-Sorry-For-Myself Lane, make it a point to surround yourself with your girl friends as much as possible.

Oh, and just a tip: Don't spend all your time with them slamming your ex. It's just going to make them want to kill you.

Don't jump into another relationship!

It's kind of soon to tell with this one, but Ms. Swift hasn't yet thrown herself at another hot, somewhat-emotionally-unavailable A-list celeb. It's been three whole days and nada (lolz).

But for real, take care of yourself first. Don't worry about finding someone else so soon after ending it with someone! No one wants sad, broken you; they want beaming, on-top-of-the-world you.

Focus on getting there, and then, look for love.