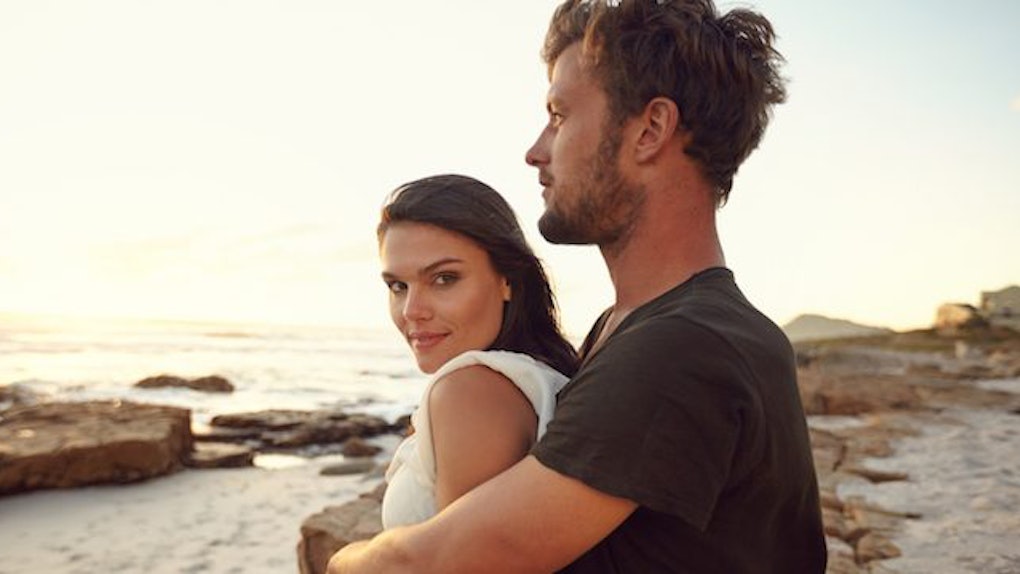 Problems You Can't Ignore In a Long-Term Relationship

Long-term relationships are great. They're my favorite. Can't get enough.

Most of the time, being with someone for an extended period of time means you're doing something right and that, for all intents and purposes, you have a good groove going and are fulfilling one another.

However, nothing is perfect, and even the most solid rocks are subject to a few cracks. (Oh my God. POETRY.)

There are a few issues that can start as slow, baby toxicities that leak into your romantic life. And if you don't address those things, nine times out of 10, it leads to some scary, uncomfortable conversations that can be tempting to avoid.

Listen, don't do avoid them. Talk this stuff out. You'll thank me.

Here are some important things you can't keep shoving under the rug in long-term relationships:

How you feel about your futures

And of course, that's totally FINE. You just have to make sure you're on the same page about your futures before embarking on a journey you think has "forever" written on it.

Make sure you're on the same page about your futures before embarking on a journey you think is forever.

Likewise, if one of you sees themselves traveling the world until they're rotten and dead, and the other sees themselves dying in their house surrounded by 19 children and 100 grandkids, don't ignore that either.

By letting these things slide, you are essentially and effectively wasting one another's time, and keeping one another from the life (and person!) you actually want to be with.

What's really going on in the bedroom

Talking about sex in any way other than sexually is so uncomfortable. BUT DAMN is it important.

If you or your partner is unsatisfied, uncomfortable or unhappy in your sex life, that shit could manifest in other passive aggressive ways, and leak into your overall relationship satisfaction.

Feelings of insecurities, under-appreciation or inadequacy will close you off further from one another, making it even MORE difficult to get steamy in the sheets.

Feelings of insecurities, under-appreciation or inadequacy will close you off further from one another.

That's because sex is the most intimate thing you can do with your long-term boo, and if that part of your relationship isn't on lock, it will be a weird little smudge that only gets bigger with time.

The best thing you can do for your partnership AND your sex life is to take the 20 uncomfortable minutes to hash out your needs or concerns so you can get on with having some great sex until the cows come home.

Pop open a glass of wine (or two or three) if you need to, and put your big girl or boy pants on. Say, "Hey, I love having sex with you and know it's been x, y and z lately... how can we tackle that together?"

That way, they know it's because you WANT to have great sex with them, not avoid it entirely.

Is there literally anything worse than being broke?

If something smells fishy about the way your partner handles their finances, or they don't take your financial situation into consideration when making money decisions that affect you both, that problem won't go away on its own and could get you in some SERIOUS financial trouble down the road.

Everything from an ice cream cone on a Sunday morning to splitting electric bills, to potentially having a mortgage one day all cost special, precious dollars. If you aren't on the same page about when and where that money is coming from, one or both of you could take a serious financial hit.

It's OK if you aren't in a financially stable place, but talking it out can help you both form a plan on how to manage it moving forward.

It's OK if you aren't in a financially stable place, but talking it out can help you both form a plan.

The more you understand how you both tend to spend your money, the easier, smoother and more carefree you will feel living your lives in unison (sans debt).

How they treat you when you're with their friends, their family and with strangers

A lot of times, I hear my friends say, "He's great when it's just the two of us" or, "She gets weird around her friends."

Well, guess what? You can't live the rest of your relationship in one room with no one else around, and your partner isn't going to drop their friends suddenly for you.

You can't live the rest of your relationship in one room with no one else around.

If you notice anything weird about the way they act when you're both with other people, call. that. shit. out.

And then, try to get to the bottom of why that is.

It matters how someone, especially your romantic, long-term partner, treats you in public and in private. There shouldn't be any shift in power, respect or affection just because people are looking.

I know someone who loves to eat terrible takeout, nap on the couch all day and binge-watch reality TV with you 24/7 SOUNDS like the dream partner, but the word you're looking for here is an "enabler."

Sharing terrible habits with someone is not great for a long-term healthy relationship, and in a dream world, your long-term boo is someone who makes you the "best version of yourself," as they say.

And bad habits can extend way beyond hobbies and activities. Maybe you're both messy or bad at returning phone calls, and not being able to catch these blind spots for one another makes you, well, kind of dirty, flaky jerks.

Not being able to catch these blind spots for one another makes you, well, kind of dirty, flaky jerks.

Keep an eye out for the not-so-great things you indulge in together, and come up with a plan to tackle them and help one another knock it off before you become "that couple."

A good way to tell if you're ignoring a problem is if it keeps coming back, gets worse and/or leads to real consequences, like health issues or social repercussions and embarrassment.

If you start to notice any of these things, speak up sooner rather than later. The peace you'll experience later will ultimately last way longer than a few uncomfortable moments of confrontation.