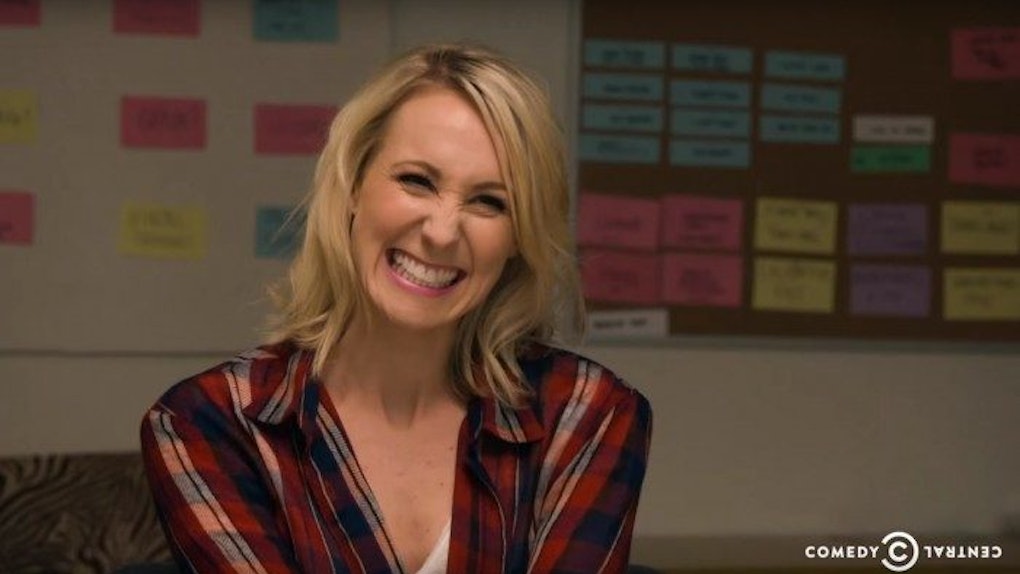 8 Health Benefits To Having Great Sex

There really isn't much a good bout of raunchy sex can't fix, amiright? It helps you clear your mind, chill the f*ck out and put a silver lining on an otherwise sh*tty work day.

But apart from your raging libido, there are even more fantastic reasons why you should make time for a bone sesh.

That’s because great sex is not only bomb AF, but also beneficial for your body and mind. Sex is literally super healthy. It's like eating a bunch of kale without it being, you know, f*cking gross.

That's right, y'all, sex is as healthy as it is fun. Everyone's got a thing, so regardless of the type of sh*t you get into, if you want to live a more Zen, healthy and kickass life, go out there and get your hump on.

Consider this your free pass to more ass. Here are eight scientifically-backed health benefits to having great sex.

Feeling the pain of last night's whiskey binge? Before you reach for that jumbo-sized bottle of Ibuprofen, why not try f*cking the pain away?

According to the Daily Mail, researchers have found that the endorphins released during sexual intercourse function like natural painkillers.

Great sex is nature's antidote to your drunken mistakes, or, you know, other general aches and pains too. Whatever.

Instead of relying on OCT headache medicine, schedule a trip to Pound Town and relieve your pounding brain the natural way.

Fact: Everyone hates a sick person.

Want everyone to not hate you? F*ck more.

As the BBC reported, people who have sex two or more times a week naturally have a higher in-body concentration of the antibody immunoglobulin, which helps fight against those nasty seasonal colds and viruses.

Stop using your vacation time days on your disgusting, germy tendencies. Have more sex and use them for stuff like drunken nights in Cabo. Kthanksbye.

According to the always-reliable WebMD, sex totally counts as exercise. Sure, it can't completely replace the gym, but it definitely counts toward your fitness goals, burning about five calories a minute.

It raises your heart rate and targets specific muscle groups, depending on the position. It's actually a lot like HIIT (high-intensity interval training), which people on the exercise circuit are so nuts about these days. As a bonus, sex helps boost your metabolism, only it's fun instead of horrible!

Working on that six-pack? Have more sex!

If you're getting that D or V on the reg, you'll definitely get more Zs. Sheenie Ambardar, who has an actual medical degree, said as much in a recent interview.

"After orgasm, the hormone prolactin is released, which is responsible for the feelings of relaxation and sleepiness," Dr. Ambardar told WebMD.

Laura Berman, the director of the Berman Center for Women's Sexual Health, told NBC that we're a sleep-deprived nation because we're so stressed out. Berman says that sex causes the body to release endorphins, which relieve tension and lead to a better night's sleep. She also led a study that found couples who engaged in regular forms of intimacy were less stressed overall.

If there is one thing that's as great as sex, it's sleep. Improve both and your life will be AMAZE.

I know, I know. When you're feeling as bloated as a beached whale the last thing on your mind is getting down and dirty.

But sex might actually cure those PMS symptoms that drive you nuts. According to Everyday Health, the hormones released during sex reduce stress and pain, meaning sex on your period could relieve your annoying symptoms.

Hop on the red river and open the floodgates to P-Town, girls: 2016 is all about period sex.

6. The after-sex glow is a real thing.

You know how you can always tell when one of your friends just got that sweet D? According to Cosmo, it's not a figment of your dry-spell-induced imagination. It's real AF.

Here's why: Sex increases blood flow and circulation, which, in turn, sends more oxygen to the skin, making it glow.

So, if you don’t want to look like a worn-out leather boot, have some sex.

Sometimes there's only one way to let out all that hate and aggression: You have to bang someone until you feel as peaceful as a little bunny rabbit. You can thank your brain for this.

According to the Huffington Post, climax releases the hormone oxytocin, which both reduces stress levels and induces a temporary state of euphoria. Translation: Getting more nookie could improve your overall mood.

Who knew sex could make you less of an assh*le?

8. Sex isn't just good for the heart, but also for heart health.

Forget the Cheerios: The key to cardiovascular health is betwixt the sheets.

A 2010 study published in the Journal of American Cardiology reported that people who got it on at least twice a week were less likely to get heart disease. As I said, sex relieves stress.

The less stressed you are, the more healthy your heart will be. Plain and simple.

Check out a clip of Nikki here: