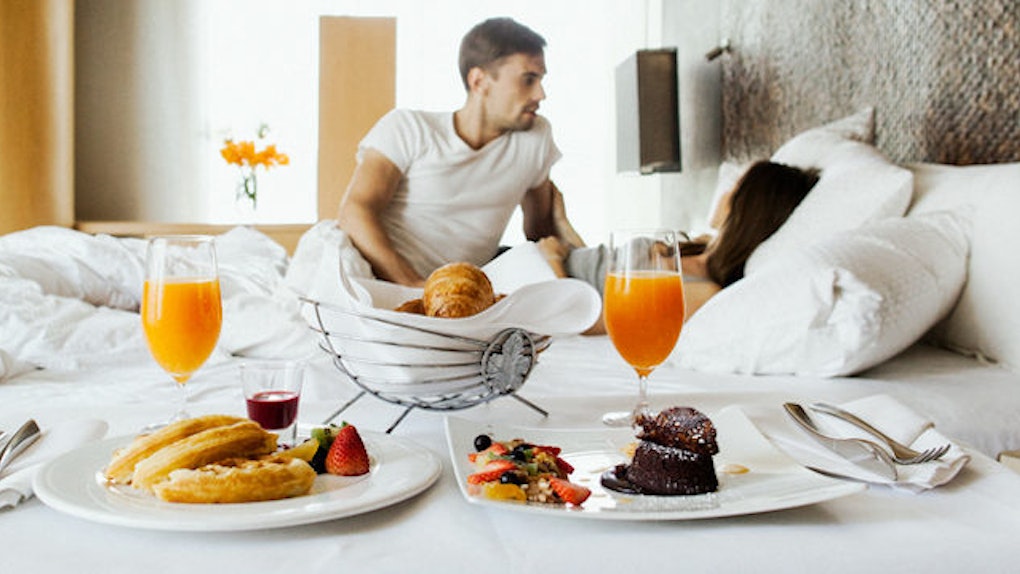 Couples have been experimenting with different foods in the bedroom for an unreasonably long amount of time.

Things like strawberries, chocolate and whipped cream are just some of the classic household treats that have ended up smeared along places other than your mouth.

Tell me what's more tantalizing than licking something directly off your partner's body? Or how about drizzling something all over it? Oh, and then there's shoving something...

You know what? I'll stop. You get the picture.

Now, I'm all for finding things to amp up sexual pleasure, but there aren't too many things I'd take out of my fridge and leave laying next to my pillow just for a good time.

If anything, it'd probably be something phallic (because, you know, butt stuff), but that's a last resort.

But it turns out, there are plenty of people out there who are into getting a little weird and incorporating food into sexy time. And for some of those people, I'm talking weird.

A handful of men took to Reddit and revealed the weirdest foods they've used during sex and how they used it.

Sounds like a pretty messy clean up to me.

This guy and his partner used something extra cheesy:

This guy and his partner's groping got a little cheesy:

This guy used some Japanese noodles:

This guy and his partner used a sticky candy classic:

This guy and his partner used everyone's favorite sweet topping:

Citations: What are the weirdest foods that you've used in the bedroom during sex/foreplay? (Reddit)