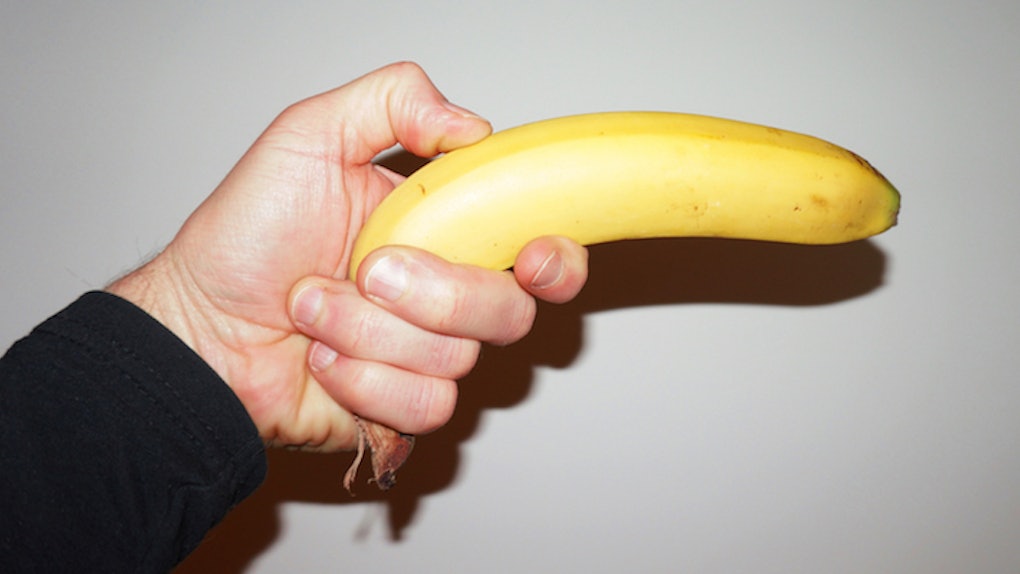 I'll be the first to admit I have definitely judged a guy based off their penis size, even if I've never seen it. I also have a strange fascination with micropenises. I once told my friend I was dying to see one.

However, after Snapchat posted a Cosmopolitan article about micropenises, a cloud of guilt over came me. This poor guy has to live his whole life remembering the time he had sex with a girl who laughed at his penis and said “OK.”

All I could think about was that if, as a young adult, I felt very insecure about my body and still had the courage to get naked in front of someone just to have them laugh, I'd be wearing turtle necks and sweatpants every day for the rest of my life.

Personally, I've never really thought about how the comments I make to my girlfriends about a SO's penis could affect that person. I've used terms like “pencil dick" and “quick draw McGraw” when describing sexual encounters. If I knew someone was saying theses things about me, I'd be mortified.

My friends and I compare our previous guys to our new guys all the time, talking about who was bigger or better. We never thought about the fact that if these things were said about us, we'd be crying for days.

JF, the article author, made some good, and very valid, points to the double standard there is when it comes to talking about men and women's sexual parts. He says when women are body shamed the media makes a big deal out of it, but when men are body shamed it's taken as a joke, i.e. Donald Trump.

Why are we not as critical of body shaming men as we are of women? JF proves that he makes up for his lack of penis size in amazing qualities. He can write well, he's intelligent and he's kind. (He bought the girl who laughed at him a box of Nestle After Eight mint chocolates.)

Let's be real: If you formed a relationship with someone and loved their personality, before even touching upon the topic of sex, would a micropenis really seem so bad?

I've gained a whole new perspective when it comes to gossiping about the size of a man's penis. Sometimes you just need to hear a different side of the story to gain an entirely new perspective.

To all the guys that I've personally judged, I'm sorry and try not to hate me too much.