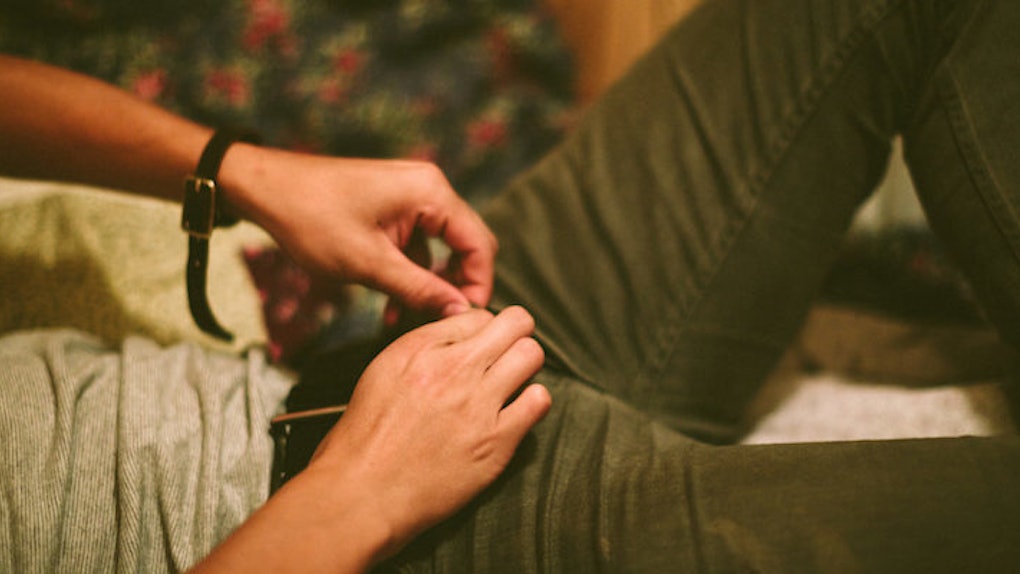 Thanks to the unrealistic expectations set by online pornography and anyone you’ve gossiped with since 2008, you’ve probably have heard the clichéd myth that “size matters.” The truth is, the size of one’s genitalia is not the key determiner of their ability to have mutually satisfying sex with a partner(s). In fact, if people were to get real about the size of the best dick they’ve ever had, I’m willing to bet they would find that there were a series of factors that led to the overall quality of their sexual encounter. So, I did just that — I asked nine women about their best sexual experiences, and their answers truly go far and wide to debunk the “size matters” folklore.

According to a 2006 study conducted by the American Psychological Association of 52,031 heterosexual men and women, 85% of women surveyed shared that they were satisfied with their partner's penis size, while only 55% of men reported being satisfied with the size of their penis. Moreover, 45% of men reported wishing they had a larger penis, with only 0.2% wanting to be smaller. This disparity suggests size may only matter to those who possess penises because of an insecurity that’s been preconditioned by societal norms, not because of the responses or experiences of their sexual partners.

Here’s what nine women had to say about the correlation between size and satisfaction.

1. I wouldn’t be one to say size matters.

Honestly, I wouldn't be one to say size matters. [My boyfriend's penis] is the most beautiful penis I have ever seen. Truthfully. It wasn't small or too big to feel anything without some pain and it was overall a nice length and girth. Bigger is not better.

2. The movement makes all the difference.

The best penis I ever had was attached to a man whose coital movements matched exactly what I needed to reach orgasm easily and delightfully. I don't recall who it was who said, 'It ain't what you got, it's how you use it,' but it surely applies here.

3. It depends on the woman.

Fortunately, my husband has the best penis I've ever had. You see, it also depends on the woman. That is important.

4. The love you have for your partner is what's most important.

I don't know the exact size of my ex-husband's penis, but almost every encounter I had with him was painful. After we split up, I hooked up with my first love and the sex with him was always amazing. It was the perfect fit. He took me to places no one else ever has. It really is about loving the person you're with.

The best sexual experience was because we just knew what the other liked after years and years of a successful sexual relationship.

I can assure you the biggest penis I have encountered during sex did not translate to the best sex I've ever had. I find it very difficult to actually have a vaginal orgasm and often climax because of my clitoris. The combination of clitoral stimulation and vaginal penetration definitely results in the happiest ending.

7. Knowing each others' bodies is most important.

My husband’s penis is best because he's learned how to work the right way. All of the other people I've been with, I wasn’t with them long enough to really get to know their parts. As such, I didn't always have satisfying sex with them.

The best sex I've ever had was with a guy who had lovemaking that skills took me over the edge. So much so, in fact, that we began a FWB relationship.

I don't know how he did it, but the guy with the best penis I’ve ever had could work his penis better than anyone else. He was generous, passionate and wanted to make sure that I'd achieve orgasm before him. It was wonderful.