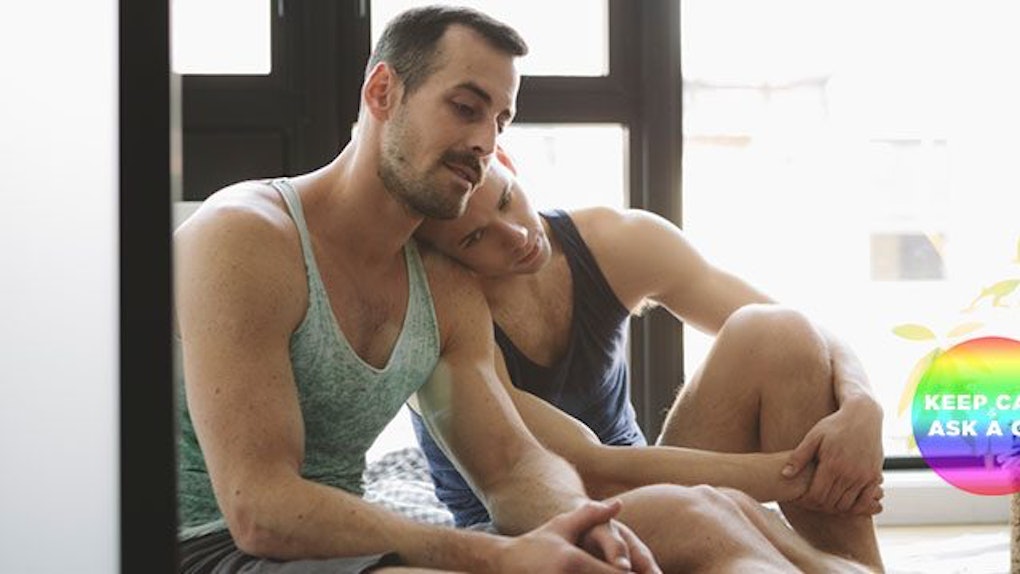 What To Do When You Have Bad Sex, As Told By A Gay Man

First, we have Anthony. He's 23, gay and curious about what to do when the sex in a relationship is seriously lacking.

What do you do if someone's personality fits yours so perfectly but the sex is just... eh? There's just not a huge sexual spark there.

Even if you really want to make things work, sometimes bad sex is just nature's way of telling you it shouldn't.

Sex, especially in gay relationships, needs to have tons of chemistry and compatibility.

If things don't flow naturally and there's always a conundrum when switching positions or establishing who's top and bottom and dominate and submissive, it's a recipe for disaster. It'll cause conflict off the bat and will just lead to even more awkward sexual encounters.

And what's the point of having sex if it's not good sex?

If his personality and demeanor is infectious, I can fully understand your attachment. There's something about his presence that's desirable and you can't imagine giving that up. Finding a good guy is hard, and on the surface, I'm sure he's a total catch.

But how he acts when your clothes fly off is another story. And what's the point of having sex if it's not good sex?

I'm not sure where you're at in the relationship, but it's better to explain your frustrations and try to fix them before things progress to a point where there's no use in even trying.

If you truly care about the person, a talk wouldn't hurt. If you continuously leave the bedroom feeling unsatisfied, you may start to try scratching that itch elsewhere... and no one likes a cheater.

Next up, we have Jordan. He's 26, gay and wants to know what to do if you catch feelings for a casual hookup.

The guy I've been casually hooking up with seems really closed off and is completely against the idea of a relationship. I'm starting to feel like I'm really into him, so do I man up and say something or give up on the idea of us being something more?

Oh for sure you should say something.

If you're not comfortable with it being just a sex thing and want more than that "Netflix and chill" type lifestyle, then speak up. On the off chance, he's just really good at hiding his feelings, so you may be in luck.

If he doesn't feel the same way, it's best that you find that out sooner rather than later.

I've been in your shoes before. I'm the king of casual hookups, and I'm usually the one who gets sappy and develops this idea that he's going to want to be my boyfriend, despite him having zero intentions of that ever happening.

If you carry on and let the idea grow in your head, you'll just end up getting hurt for no good reason.

Don't feel at fault for getting attached. Instead, find out where you both stand so that you can feel motivated enough to move on and find someone who gives you what you want.

If you carry on and let the idea grow in your head, you'll just end up getting hurt for no good reason.

Because being a relationship-oriented kinda guy isn't a bad thing.