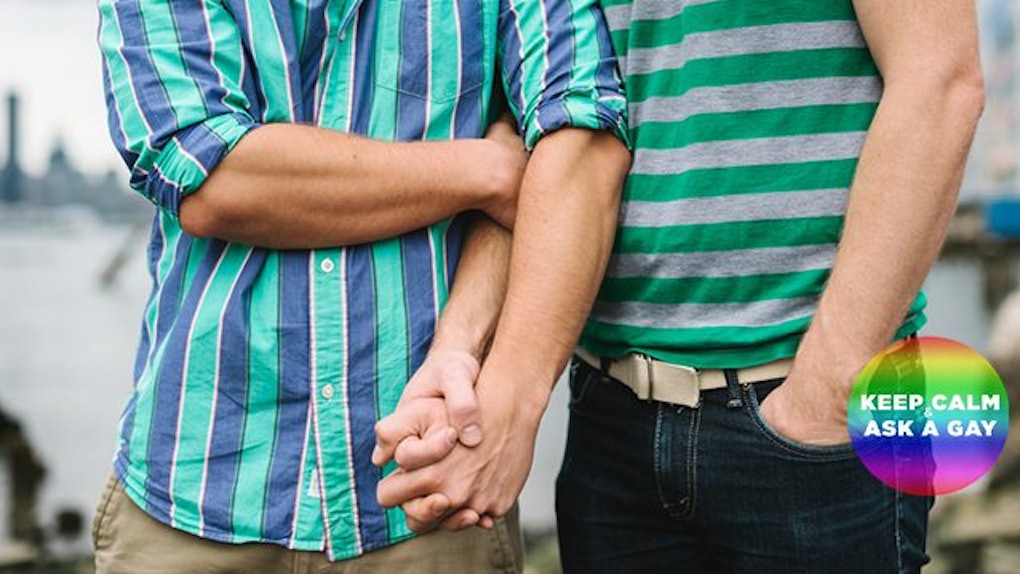 First, we have Candice. She's 23, straight and curious how gay guys answer the sex issue of who's the top and who's the bottom.

Ain't that the question of the day.

Well, this can play out in several ways.

If you're like myself, you lean toward one (in my case, that's bottoming), but you're not opposed to both. In the homosexual world, you're considered "versatile" if that's the case.

However, some gay guys only prefer to do one, and they have a firm plan of sticking to it.

Essentially, anyone can make judgments about who's the pitcher and who's the catcher, but they don't always tend to be right. Meaning, it's best not to make them at all.

The most attractive, manly, juiced-up, macho bro could have a serious penchant for taking it, and you'd just never know.

The same thing can apply for a queen who is super feminine but just likes to be a top and dominate the shit out of someone. Basically, it all comes down to someone's preferences.

In some cases, people will discuss who's doing what prior to hopping into bed. And in others, you just kind of go with the flow.

In some cases, people will discuss who's doing what prior to hopping into bed.

In my experience, I prefer not to bring up who's top and who's bottom until sex is firmly on the table and about to happen.

Plus, if I'm out and about, grinding up against you on a Friday night, what's the point of ruining a good time?

Next up, we have Theresa. She's 23, bisexual and wants to know how to craft a Tinder profile that'll appeal to the masses.

I don't have a lot of experience dating anyone, much less dating girls. What should my dating profile look like so I can attract both guys AND girls?

As a former bisexual myself, I used to struggle with selecting the perfect array of photos (and crafting a witty bio) that would make all genders want me bad.

The problem was, I ended up not staying to true to myself.

I mean, it's not like I was prepared to don a half suit/half dress in my pics and call it a day. I didn't label my bisexuality in my profile (which you shouldn't), so if someone ended up having a problem with my sexual preferences, it was their loss.

If you're looking to make a Tinder profile that works for any and all parties looking for love (or for a quick hook-up), my answer to you is cheesy, but simple: Be yourself, girl.

If you're not happy with how you're being represented, then you'll never end up happy with whomever you find.

If someone ended up having a problem with my sexual preferences, it was their loss.

Plus, there's a way to target all audiences without discrediting yourself in the long run.

Just throw up a collection of photos that represent all different aspects of your life, and I can bet someone — a man or a woman — will connect with you on some level.

And when in doubt, use a picture with a puppy. Works every time.