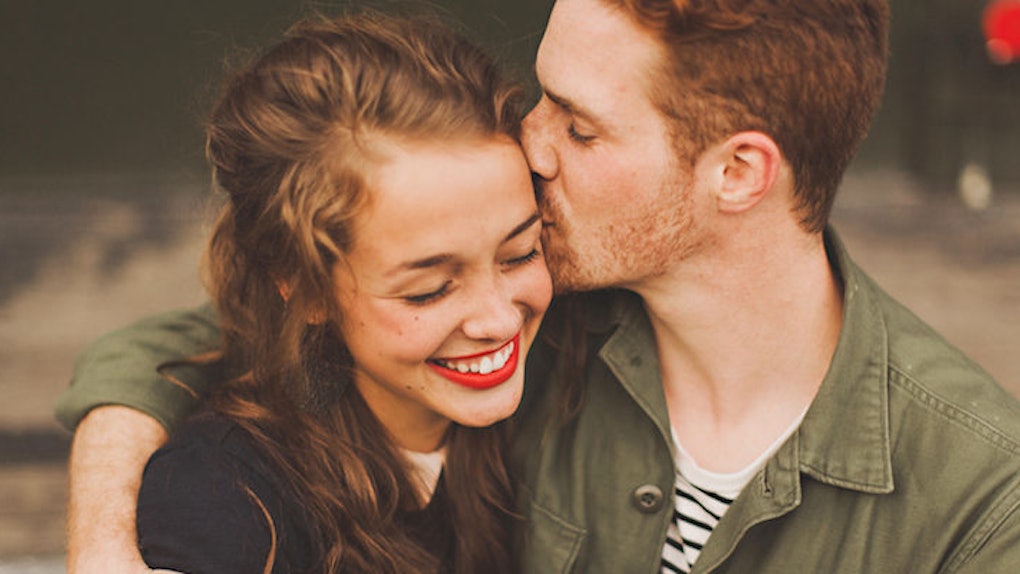 Dating is like hacking through a jungle of unknowing in search of the ultimate oasis -- a working relationship, a soulmate, love. And questions… questions are your machete.

You keep hack, hack, hacking away at the unknown until you either are tired of hacking through this particular jungle (sick of this person) or discover vines that your blade is too dull to penetrate (encounter a deal breaker).

The point of dating is to try to get to know someone and see if you two are compatible. And the only way to do that is by asking questions. Even after you've asked enough questions to believe there might be a real romantic connection between the two of you and you guys get into a relationship, you'll still have some deeper questions here and there that you'll need to ask to see just how deep the connection between the two of you goes.

But the deeper into things you two get, the less frequent the questions should be because a real romantic connection -- true love -- requires knowing someone on such an innate level that you no longer are unsure of his intentions, desires or even, for the most part, his thoughts.

If you two are truly in love, you should find yourselves on the same page more often than not. You should be hyperaware of each other's points of view, and the things you aren't sure about the other person, you shouldn't feel a need to know.

Some relationship advice: If you are truly in love with a guy, there are questions you shouldn't feel the need to ask him.

In a relationship, you and your partner need to operate on the same frequency. Establishing early on what the relationship you and your man have is square one. If the two of you can't do this early on or one of you wants something different and is unwilling to compromise, this is an early sign of incompatibility.

You should never allow a man to hold a place in your life that he isn't willing to reserve for you in his.

Though innocent-sounding at first, this question is actually an indicator of many major relationship issues.

For one, it's very needy. Unless you were expecting him at an earlier time and were genuinely fearing for his safety, asking your man where he's been is smothering and a sign that you aren't stable on your own.

A relationship is supposed to be comprised of two independent entities living in harmony, not two dependent halves who need each other to stand.

It also makes your man think you don't trust him. Trust is vital in a relationship. If he's out setting up a surprise party for you or needs to stay late at work one night, he needs to know he has your trust and you can hold your own.

Every guy and his father hates this question. We get that you want to know our inner most thoughts, but blatantly interrogating us on them can feel very attacking and does nothing to create an ideal forum for us to share them.

If you want to know what we're thinking, talk to us. Keep conversing with us. Find out about us organically so we don't feel like we're being interviewed.

Not to mention, no one's thoughts -- no matter how close to you he is -- should have to be communicated simply because you requested them. Everyone is entitled to his or her own private thoughts, and this aggressive question breaches that privacy.

PSA: Guys, if your girl asks you this, I don't care how good the sex is -- get out of there.

Ladies, when you demand to know who a guy is texting, you are showing some very true, ugly colors.

You're basically saying “Not only do I not trust you, I'm wildly insecure, and insanely jealous, and probably mentally unstable.”

That is no way to feel in a relationship. Either he has given you reason to feel this unsure about everything or you need to reevaluate your relationship. Whatever the reason, you're better off terminating whatever pseudo-relationship you're in.

Plus, from your perspective, it's just really not a good play: Either you're right, he is texting someone sketchy, and the relationship is over or you're wrong, he's texting his mom, you're being insane, and he's going to dump you (as soon as he gets over how great the sex is).

You can think this question all you want (We will at times, too.), just keep it in your head (or more realistically, in your group chat with all your friends).

A guy who truly cares about you and loves you will be clear in his intentions. If you two have been hooking up and you keep asking this in an attempt to make things official, you'll only end up driving him away or forcing him into doing something he doesn't truly want to do.

If you're constantly asking this because you are rapidly approaching your 30s and marriage is heavy on your mind, you have to stop wasting your time and tolerating his stalling.

No guy is going to “just hook up” with a woman he really loves and feels a deep connection with. It'll never be an “oh, you just never asked” type of deal.

Hesitation is a "no." Decision is a "yes." Any prolonged uncertainty and frequent questioning is a sign you need to call it quits.